What is Ed Westwick's net worth and salary?

Ed Westwick is an English actor and musician who has a net worth of  $6 million dollars. He is best known for his role of Chuck Bass on the CW's "Gossip Girl."

He was born in Hammersmith, London, England on June 27, 1987 and raised in Stevenage, Hertfordshire. He is the youngest child of Carole, an educational psychologist and Peter Westwick, a university lecturer. Westwick has two older brothers. He began taking music lessons and attending a Saturday morning drama school beginning at age six. He attended The Barclay School and North Hertfordshire College, where he took his A-levels in business, law, and communication.

Westwick's first film role came in 2006's "Breaking and Entering," following an open audition casting call that was sent to the National Youth Theatre, where he was a pupil. He then went on to guest star in several British TV series such as "Doctors," "Casualty," and "Afterlife." Later that year, he had a minor role in the film "Children of Men."

Westwick saw his big break in 2007 when he both appeared in the film "Son of Rambow" and was cast as Chuck Bass in The CW's teen drama series "Gossip Girl." The show was based on the popular book of the same name by author Cecily von Ziegesar. Westwick said of his casting: "There wasn't much work in the UK. I was only in LA for a month and I got this show. It's changed my life." For his portrayal of Chuck, Westwick had to learn an American accent, which he based on the character Carlton Banks from "The Fresh Prince of Bel-Air."

As a result of the show's massive success, Westwick was named one of People Magazine's Sexiest Men Alive in 2008. The following year, he landed on their list of "100 Most Beautiful," along with the whole cast of Gossip Girl. Westwick also earned the Best TV Villain award at the Teen Choice Awards in 2008 and 2009 and was named Breakthrough Talent by GQ magazine in 2010. Entertainment Weekly listed his character of Chuck number one on their Best Dressed TV Characters of 2008, as well as on their "Best Performances" list alongside his co-star Leighton Meester. "Gossip Girl" ran from 2007-2012, and Westwick appeared in 117 episodes.

In 2008, he became a brand ambassadorship for and the new face of K-Swiss. Later that year, he appeared as Joey in the horror film "100 Feet." In 2009 Westwick starred as Randy Holt in the sequel to "Donnie Darko," "S. Darko." He then guest-starred as Chris "Balt Smith," a student who was fascinated with vampire literature, in the third season of the Showtime series "Californication." In 2008, he was set to play Heathcliff in the film adaptation of "Wuthering Heights," but director Peter Webber left the project, which was then passed to Andrea Arnold, and the directing change caused the roles to be recast.

In 2010, Ed starred in the short film "The Commuter" by the McHenry Brothers, which was shot on just a Nokia N8 smartphone. Westwick, in January 2011, joined Clint Eastwood's film "J. Edgar," a biopic about J. Edgar Hoover. Later that year he appeared in the romantic comedy "Chalet Girl." Westwick co-narrated the audiobook version of "City of Fallen Angels" by Cassandra Clare and also narrated Clare's second novel "Clockwork Prince" from The Infernal Devices series. That same year, he became an international celebrity ambassador for Penshoppe, a local clothing brand in the Philippines. 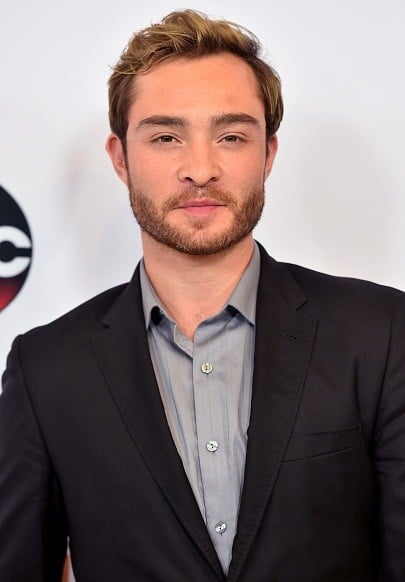 Next up, Westwick starred as Tybalt in the film adaptation of "Romeo & Juliet." The film was released on October 11, 2013. Westwick then portrayed the lead role in the film adaptation of Anthony Bourdain's novel "Bone in the Throat," which premiered at South by Southwest in March 2015. Westwick's next role was co-starring in the horror-comedy film "Freaks of Nature." In March 2015, he joined the cast of ABC's short-lived crime drama series "Wicked City." Although the series was canceled after just three episodes, it was picked up by Hulu to air the remaining five episodes of the season. Westwick next was seen in "Billionaire Ransom" in 2016 and "The Crash" in January 2017. Later in 2017, Westwick starred as Vincent Swan in the BBC Two TV comedy series "White Gold." He was on the show for the duration of its run, from 2017-2019, appearing in 12 episodes. In 2021, Westwick appeared in "Me, You, and Madness," co-starring and directed by Scottish actress Louise Linton.

Outside of acting, Westwick is also a musician. He was a member of the British punk band The Filthy Youth, formed in 2006 and inspired by artists like the Rolling Stones, The Doors, and Kings of Leon. Two of their songs, "Come Flash All You Ladies" and "Orange," were featured in an episode of Gossip Girl.

In November 2017, sexual assault allegations against Westwick were made separately by three women. All three women claimed the incidents occurred in 2014. In July 2018, the Los Angeles District Attorney announced that Westwick would not be prosecuted regarding the claims of rape and sexual assault. Prosecutors said witnesses identified by the first two alleged victims were "not able to provide information that would enable the prosecution to prove either incident beyond a reasonable doubt", and that prosecutors had been unable to contact the third claimant. The allegations resulted in the re-shooting of scenes involving Westwick in "Ordeal by Innocence" and preventing series three of "White Gold" from going forward.

He is in a relationship with model Tamara Francesconi. 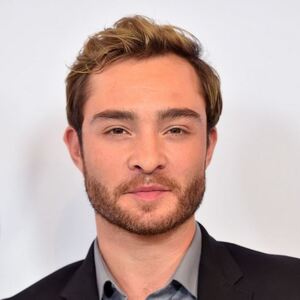