Ed Quinn Net Worth: Ed Quinn is an American model, actor, and musician who has a net worth of $3 million. Born in 1968 in Berkeley, California, Ed Quinn earned his history degree from the University of California, Berkeley, and was part of the Alpha Delta Phi fraternity. He immediately began modeling internationally after graduation, working in Spain, Italy, and France, and appearing in dozens of commercials.

Quinn's acting career began when he moved back to the United States. He made his on-screen debut in an episode of "V.I.P. in 1999 and later in an episode of "Dharma & Greg" before landing the role of Finn on the main cast of The WB series "Young Americans" in 2000. Afterward, he appeared in six episodes of "Jack & Jill" and briefly on "Crossing Jordan", "Life with Bonnie", "According to Jim", "What I Like About You", and "CSI: NY", before landing on the main cast of "Eureka" in 2006. Quinn starred as Nathan Stark during the show's first three seasons before becoming a recurring character during the fourth. He also appeared on "True Blood", "Desperate Housewives", and "Castle". Quinn's movie credits include "Starship Troopers 2: Hero of the Federation", "House of the Dead 2", "The Caller", "Blood Out", "Werewolf: The Beast Among Us", and "12 Disasters of Christmas". He had a brief musical career with local bands Scattergood and Mad Theory before releasing his debut demo, "Quinn". 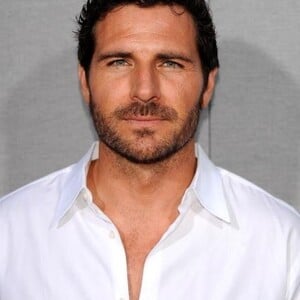