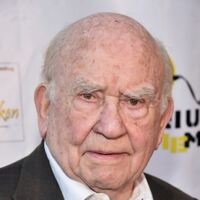 What was Ed Asner's Net Worth?

Ed Asner was an American actor who had a net worth of $10 million at the time of his death in 2021. He got his break playing Lou Grant "The Mary Tyler Moore Show", then went on to star in many other television shows and films. He is the most Emmy-honored television actor in history with seven total wins out of 17 nominations. Five of his wins came for his role of Lou Grant. To later audiences, Ed is probably best-known for providing the voice for the main character in the Pixar movie "Up" and for his role in "Elf."

He was active in political causes and served as the president of the Screen Actors Guild from 1981 to 1985.

Ed Asner was born Yitzhak Edward Asner on November 15th, 1929 in Kansas City, Missouri. His parents were Jewish immigrants from Russia. His father owned a scrap metal business and a secondhand shop. His mother raised Ed and his four siblings. They were practicing Orthodox Jews and "Yitzhak" is Asner's Yiddish name. He began practicing his performing and speaking skills in high school while working at the school's radio station. After graduating, he went to the University of Chicago where he continued to perform and acted in several of the university's theatrical productions. He got a job working on an assembly line for Ford Motors after dropping out of college but was drafted to serve in the Korean War from 1951 to 1953. He worked in the Army Signal Corps and was taken around Europe to perform in plays with other military personnel.

Upon his return from service, Asner helped establish and found The Playwrights Theatre Club with a few other local actors. The group quickly evolved into improvisational comedy which did not interest Asner, so he moved to New York City to pursue acting. He took roles in off-Broadway plays, and although he only had a couple appearances on television, he was making a name for himself. In 1961, he left for Los Angeles to pursue a career in television. A couple of years after being in LA, Asner landed a few roles on popular television shows, but it took time for him to see major breaks.

His film debut was with a minor role in the 1965 movie "Kid Galahad," which starred Elvis Presley. He primarily stuck with minor and guest television roles until he was cast as Lou Grant in "The Mary Tyler Moore Show," which aired in September of 1970. The sitcom followed the title character's life as an unmarried woman focusing on her career as a producer at a news channel, which was a unique narrative for the time. Ed Asner's character was Mary Tyler's boss, so he was one of the main characters. It received critical praise throughout its seven-year run and won twenty-nine Emmys with sixty-seven nominations.

His character was popular enough that it was given a spin-off series in 1977.

Very different in style from "The Mary Tyler Moore Show," "Lou Grant" was an hour-long drama following the title character as a newspaper editor. It aired until 1982 and was incredibly popular among viewers and critics. It received thirteen Emmys over the course of its run, and Asner is the only actor to have won an Emmy for Outstanding Lead Actor in a Comedy Series and Outstanding Lead Actor in a Drama Series for portraying the same character. He had another hit with his role in the 1977 ABC miniseries, "Roots" and won an Emmy for his two-episode performance.

As for film, Asner is known for his role as Santa Claus in the 2003 film "Elf." He also had roles in the 2011 independent comedy "Not Another B Movie" and played Warren Buffet in the 2011 HBO drama "Too Big To Fail", both premiered in 2011. In 2019, Asner was cast in Netflix's dark comedy "Dead to Me" alongside Christina Applegate. 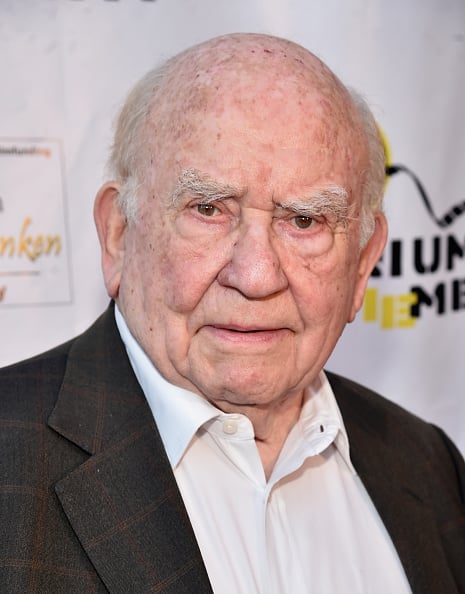 In addition to screen and theatre acting, Asner has a long career working as a voice actor as well. His debut in a large production voice acting was in 1987 when he was cast as lead in LA Classic Theatre Works radio version of Sinclair Lewis' novel "Babbit," a piece that has maintained popularity steadily over time. Over the course of his voice acting career, he has vocally portrayed over seventy different characters. He voiced characters in popular animated television series such as "Captain Planet and the Planeteers" which ran from 1990 to 1995, Fox Kids Network's "Spider Man" which ran from 1994 to 1998, as well as Walt Disney's "Gargoyles" which ran from 1994 to 1996. His performance in the "Spider Man" earned him an Emmy nomination in 1992. He had a longtime role on the adult animated series "The Boondocks" which ran from 2005 to 2014 and was subject to controversy throughout its run.

In film, Asner's most notable role would be that of the old man character in the 2009 Pixar's award-winning film "Up," and his performance was widely praised among critics.

Asner has served as the president of the Screen Actors Guild for two terms and played a prominent role in a few SAG strikes. He was a member of the leftwing political group, The Democratic Socialist Organizing Committee. He has been a vocal supporter of various democratic causes and candidates including Barak Obama. He is known for having somewhat conspiratorial views. He worked with Director Nicole Zwiren for four years to produce a documentary film on HIV denialism, "Behind the Fear." It was released in 2016 starring him as narrator and covers the US government's failures during the 1980s HIV epidemic. In 2004, he signed a petition calling for an investigation into the 9/11 Attacks and potential US government interference. He has continued to follow through with legal petitions for documents, some of which have been granted.

During his career, Asner has received seventeen Emmy nominations and seven wins. He was inducted into the Emmy Hall of Fame in 1996. He has won five Golden Globes and been nominated for seven.