Ebonie Smith Net Worth: Ebonie Smith is a Puerto Rican-born American former child actress who has a net worth of $500 thousand. Negra Candalaria-Smith (better known as Ebonie Smith) was born September 16, 1978 in Puerto Rico, United States (with Territories). She is best known for her childhood role as Jessica Jefferson on the sitcom The Jeffersons from 1984 to 1985.

She was sometimes credited as Ebony Smith. Smith also played character M'Lila on the television series Xena and portrayed a young La Toya Jackson on the television miniseries The Jacksons: An American Dream. She is also known for her portrayal of Carrie Murtaugh in the Lethal Weapon movies and recurring roles on Webster and Family Matters. Smith has a Fine Arts degree in Film Production and Chinese Language and Culture. Along with English and Spanish, she also speaks Mandarin Chinese. Between 1994 and 2000, she appeared in numerous other productions, including Cabbage Patch Kids: First Christmas (voice), Gimme a Break!, Morningstar/Eveningstar, Webster, Perfect Strangers, Our House, General Hospital, Lethal Weapon 2, Taken Away, The Women of Brewster Place, Family Matters, CBS Schoolbreak Special, Wake, Rattle & Roll, Roc, Lethal Weapon 3, The Jacksons: An American Dream, Tall Hopes, Cosmic Slop, Thea, Saved by the Bell: The New Class, Me and the Boys, Living Single, Xena: Warrior Princess, The Parent 'Hood, Twice the Fear, Lethal Weapon 4, Hang Time, Smart Guy, Roswell, The Bold and the Beautiful, Ali: An American Hero, Port Charles and Tadpole. 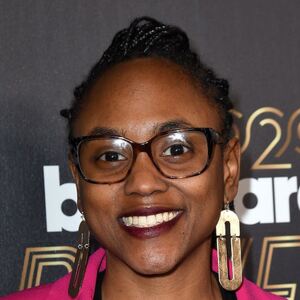