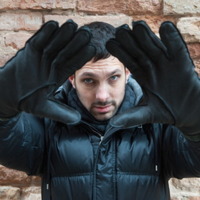 Dynamo net worth: Dynamo is an English magician who has a net worth of $4 million. He was born Steven Frayne on December 17, 1982 and is best known for his show Dynamo: Magician Impossible. He has traveled the world doing magic and is considered the magician to the stars. Steven had a trying upbringing and was raised by his mother, Nicky Shoesmith, who was only 16 when he was born. Steven learned to do magic from his grandfather, Ken, who died in 2012, and upon honing his skills, Dynamo was born. Dynamo's first television appearance was on Richard & Judy, followed by a Channel 4 special called, Dynamo's Estate of Mind. He went on to appear on Friday Night with Jonathan Ross, Fatherhood, and at the MTV EMA's. He has also appeared in ads for Adidas, Nokia, and Pepsi. In 2011, Dynamo joined the magicians' society called The Magic Circle, and in 2012 was promoted by the magicians' society to "Associate of the Inner Magic Circle with Silver Start for Performance." In the same year, Dynamo: Magician Impossible won the "Best Entertainment Programme" award at the Broadcast Awards. and Series 2 of Dynamo: Magician Impossible won the Broadcast Award for "Best Entertainment Programme" for a second year. Dynamo: Magician Impossible also won "TV Show of the Year" at the Virgin Media Awards.