How much is Dylan Walsh Worth?

Dylan Walsh net worth and salary: Dylan Walsh is an American actor, producer and director who has a net worth of $8 million. Dylan Walsh was born in Los Angeles but he grew up all over the world, traveling with his parents who worked for the Foreign Service. They eventually settled in Virginia, and he began acting while in high school. He began to pursue acting professionally after college, and made his on-camera debut in the CBS Schoolbreak Special "Soldier Boys" in 1987. More roles on film and television followed, including recurring roles on the television series, "Kate and Allie", "Gabriel's Fire", and "Brooklyn South", and film projects such as, "Betsy's Wedding', "Nobody's Fool", and "Final Voyage". In 2003, he was cast in the role that would make him a household name, as Dr. Sean McNamara on the hit series, "Nip/Tuck". He played the role until the series ended in 2010. He is currently co-starring in the new series, "Unforgettable" which is set to premiere in the fall of 2011. 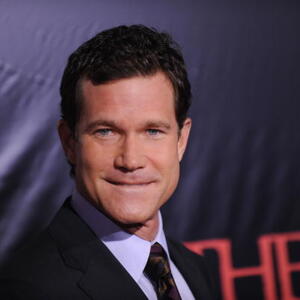