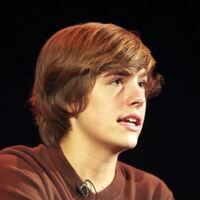 What is Dylan Sprouse's Net Worth and Salary?

Dylan Sprouse is an American actor who has a net worth of $5 million. Dylan has appeared in numerous projects with his twin brother, Cole Sprouse, often portraying the same character due to California child labor laws. The two shared the role of Patrick Kelly on the ABC sitcom "Grace Under Fire" (1993–1998) and Julian McGrath in the comedy "Big Daddy" (1999), which starred Adam Sandler. They co-starred on the Disney Channel series "The Suite Life of Zack & Cody" (2005–2008) and "The Suite Life on Deck" (2008–2011) as well as "The Suite Life Movie" (2011), which they also produced. In addition to their acting work, the Sprouse brothers also launched a clothing line, magazine, and book series. Dylan has more than 40 acting credits to his name, including the films "Dismissed" (2017), "Banana Split" (2018), and "After We Collided" (2020), and he was cast in a main role on the 2021 HBO Max series "The Sex Lives of College Girls."

At the peak of their success, Dyland and Cole both earned $20,000 per episode of "The Suite Life of Zack & Cody." That salary made the Sprouse brothers the highest-paid Disney actors at the time. Based on their episode production schedule, the boys both averaged $600,000 per season of the series. They likely each earned around $3 million in total from various Suite Life endeavors between 2006 and 2008.

Dylan Sprouse was born Dylan Thomas Sprouse on August 4, 1992, in Arezzo, Tuscany, Italy. His parents, Matthew and Melanie, are natives of Long Beach, California, but they were teaching English in Italy when Dylan and Cole were born. Dylan is 15 minutes older than Cole, and he was named after poet Dylan Thomas. The family moved to Long Beach when the twins were 4 months old, and Melanie's mother, actress/drama teacher Jonine Booth Wright, suggested that Dylan and Cole get involved in the entertainment business. The brothers appeared in their first commercial, an ad for M.D. Twin toilet paper, at just 8 months old. After Sprouse's parents divorced in 1997, he and Cole lived with their father. Dylan graduated from Laurel Springs School in 2010, then enrolled at New York University. In 2015, he graduated from NYU's Gallatin School of Individualized Study with a degree in video game design. 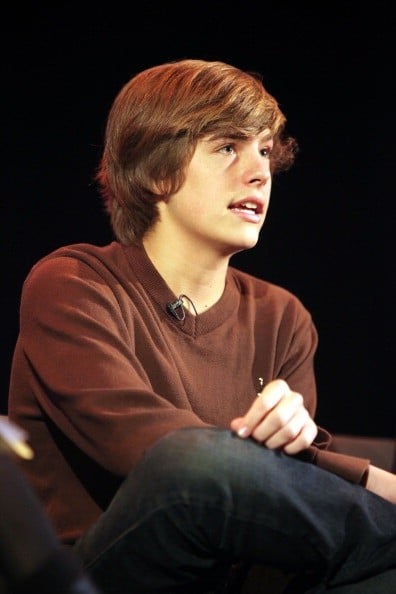 In 2005, Dylan appeared in the film "Piggy Banks" (also known as "Born Killers"), the first project he did without Cole, and he voiced Shasta the Siberian Husky puppy in the 2008 Disney movie "Snow Buddies." In 2017, he played the lead role of Lucas Ward in the thriller "Dismissed" and appeared in the short film "That High and Lonesome Sound." Dylan then starred in the 2018 comedy "Banana Split" and the 2019 short films "Carte Blanche" and "Daddy." In 2020, he starred in the romantic drama "After We Collided," which is based on a 2014 novel by Anna Todd. Sprouse has also appeared in two music videos, Camila Cabello's "Consequences" (2018) and Kygo's "Think About You" (2019), and he has lent his voice to the video games "Total War: Warhammer II" (2018) and "Kingdom Hearts III" (2020). In August 2020, Heavy Metal and DiGa Studios released the first issue of Dylan's comic book, "Sun Eater," which is described as "a nine-issue saga that takes place in ninth century Norway, where a drug-addled warrior sacrifices his leg to the Gods."

Dylan began a relationship with model Barbara Palvin in June 2018, and they moved into a Brooklyn apartment together in early 2019. As a college student, Sprouse worked as a host at an NYC restaurant as "a way to primarily feed [his] over bountiful video game addiction…as well as a way to socialize and get out of the house." He has said that he's identified as a Heathen since he was 15 years old, and in 2018, he opened All-Wise Meadery, "an all American, locally sourced Micro-Meadery and bar run by heathens." The meadery is located in the Williamsburg area of Brooklyn, and Dylan is the brewmaster.

Sprouse has been nominated for four Kids' Choice Awards, winning Favorite Television Actor for "The Suite Life of Zack & Cody" in 2009 and Favorite TV Actor for "The Suite Life on Deck" in 2010 and 2011. "The Suite Life of Zack & Cody" also earned him Young Artist Award nominations for Best Performance in a TV Series (Comedy or Drama) – Leading Young Actor in 2006 and 2007. For his performance in "Big Daddy," he received nominations from the Blockbuster Entertainment Awards, MTV Movie Awards, Young Artist Awards, and YoungStar Awards.

In December 2021 Dylan paid $1.8 million for a home in the Hollywood Hills.