Dylan O'Brien net worth: Dylan O'Brien is an American actor and musician who has a net worth of $7 million dollars. Dylan O'Brien was born in New York, New York, and grew up in New Jersey and California. His mother is Lisa Rhodes, a former actress who also ran an acting school, and his father is Patrick B. O'Brien, who worked for many years as a camera operator. He originally intended to pursue a sports broadcasting degree from Syracuse University, with the goal of eventually working for the Mets. When he was 14, he began posting videos to his own YouTube channel. His videos slowly gained in popularity, and led to an offer to appear on a web series. From there, he was introduced to an agent. Through his agent, he secured an audition for a new television show called, Teen Wolf. He went through four auditions before being cast in the series. He has played the role of "Stiles" on the show since it began airing in 2011 on MTV. He eventually appeared in 83 episodes of Teen Wolf which ran until 2017. In addition to his work on Teen Wolf, he has also appeared in the films High Road, The First Time, and The Internship. In 2015, he also played the lead in the film adaptation of the book, The Maze Runner. 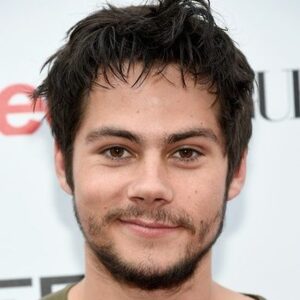