Dylan Baker Net Worth: Dylan Baker is an American actor who has a net worth of $3 million dollars. Born in 1959 in Syracuse, New York, Dylan Baker started acting on stage as a teenager. He earned his degree from Southern Methodist University and later received his MFA from the Yale School of Drama, where his classmates included fellow actors Patricia Clarkson and Chris Noth.

Baker's professional acting career began on stage and he won a 1986 Obie Award for the off-Broadway production of "Not About Heroes". He made his on-screen debut in 1987's Steve Martin and John Candy comedy "Planes, Trains & Automobiles" as Owen. Baker's first major TV role was in the series "Murder One" and he has since acted on "Without a Trace", "CSI: Crime Scene Investigation", "Law & Order: Criminal Intent", "House", "Monk", "Damages", and "Northern Exposure". He earned an Emmy nomination for Outstanding Guest Actor in a Drama Series for his work on the CBS hit "The Good Wife". Baker's best-known film credits include appearances in "Requiem for a Dream", "Along Came a Spider", "Head of State", "Spider-Man 2", "Spider-Man 3", "Across the Universe", "Secretariat", and "Anchorman 2: The Legend Continues". The audiobook narrator has been married to his wife, actress Becky Ann Baker, since 1990. They have one child together. 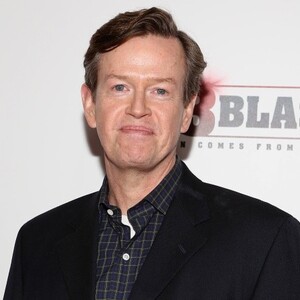