The five-foot-six actress has worked with Vivid Entertainment and became the first person to appear as a single guest on "The Helmetcam Show", which ran on Playboy TV. Lauren was the 1995 "Penthouse" Pet of the Mouth in July. She has won several industry awards, including the 1998 AVN Award for Best Actress in a Film and Best Anal Sex Scene in a film for "Bad Wives". In 2010, she won the XBIZ Award for Performer Comeback of the Year after she starred in her first feature movie in more than a decade. Lauren was inducted into the AVN Hall of Fame in 2008. She sang on Marilyn Manson's "Mechanical Animals" album and was part of one album with the rock group Thousand Year Itch, which was released in 2000. Lauren was the spokeswoman and CEO of Ninn Worx_SR, a production company owned by her now-ex-husband, John Gray. 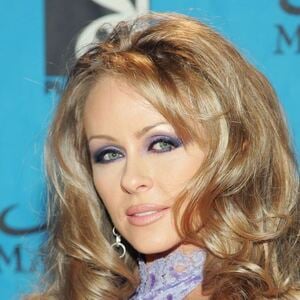