What is Dyan Cannon's Net Worth?

Dyan Cannon is an actress, screenwriter, director, and editor who has a net worth of $16 million. Dyan Cannon received Academy Award nominations for her performances in "Bob & Carol & Ted & Alice" and "Heaven Can Wait." She also received a nomination for Best Live Action Short Film for "Number One," which she wrote, produced, directed, and edited. Among her other notable acting credits are the films "The Anderson Tapes," "Such Good Friends," "Honeysuckle Rose," and "That Darn Cat," and the television series "Ally McBeal."

Dyan Cannon was born as Samille Diane Friesen on January 4, 1937 in Tacoma, Washington. Her parents were Ben, a life insurance salesman, and Claire, a housewife who emigrated from Russia. Cannon was raised in the Jewish faith of her mother. She has a younger brother named David, who's a jazz musician. As a teen, Cannon went to West Seattle High School; after graduating, she studied for two-and-a-half years at the University of Washington.

After appearing on some television programs in the late 50s, Cannon made her feature film debut in the 1960 crime film "The Rise and Fall of Legs Diamond." Around this time, she also appeared on the CBS Western series "Johnny Ringo" and the ABC Western "Stoney Burke." In 1961, Cannon had a guest-starring role in an episode of another Western, "Bat Masterson." A couple years later, she began appearing on stage in the national touring production of the Broadway musical "How to Succeed in Business Without Really Trying."

Cannon had her breakthrough film role in 1969, when she starred alongside Natalie Wood, Elliott Gould, and Robert Culp in Paul Mazursky's "Bob & Carol & Ted & Alice." For her performance as Alice, she received an Academy Award nomination for Best Supporting Actress. Following this, Cannon was in five films in 1971: the dramas "Doctors' Wives" and "The Love Machine," the crime films "The Anderson Tapes" and "The Burglars," and the dramedy "Such Good Friends," for which she earned a Golden Globe Award nomination. In 1973, Cannon starred opposite Burt Reynolds in the comedy thriller "Shamus," and also starred in the neo-noir mystery "The Last of Sheila." The next year, she had another leading role in the drama "Child Under a Leaf."

In 1976, Cannon became the first-ever Oscar-nominated actress to also receive a nomination for Best Live Action Short Film. She accomplished this feat with her film "Number One," which she directed, produced, wrote, and edited. In 1978, Cannon earned her third Oscar nomination, this time for Best Supporting Actress, for her performance as Julia Farnsworth in the fantasy comedy "Heaven Can Wait." The same year, she starred opposite Peter Sellers in the British comedy sequel "Revenge of the Pink Panther." 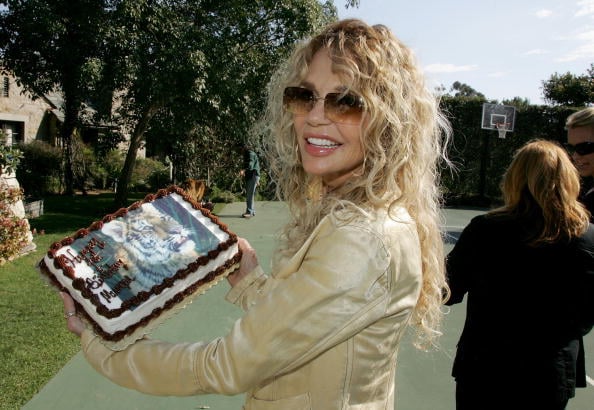 Cannon put her singing skills to use in 1980, when she starred in the romantic drama "Honeysuckle Rose" alongside Willie Nelson and Amy Irving. On the soundtrack to the film, Cannon sang the songs "Two Sides to Every Story," "Unclouded Day," and "Loving You is Easier." The same year, she had a leading role opposite Robert Blake in the romantic comedy "Coast to Coast." Cannon's subsequent credits in the 80s included the black comedy mystery "Deathtrap"; the autobiographical dramedy "Author! Author!" by Israel Horovitz; and the sports comedy sequel "Caddyshack II."

In 1990, Cannon made her feature film directorial debut with the semi-autobiographical "The End of Innocence." On top of directing the film, she also wrote the screenplay and starred in it. Cannon followed this with a role in Paul Mazursky's "The Pickle." Later, in 1997, she appeared in four comedy films: "Allies & Me," "That Darn Cat," "8 Heads in a Duffel Bag," and "Out to Sea." Her credits in the 2000s include the crime comedy "Kangaroo Jack" and the romantic comedy "Boynton Beach Club."

Cannon has appeared in numerous television films and series throughout her decades-long career. In the 70s, she starred in the TV movies "Virginia Hill" and "Lady of the House." The next decade, she was in the miniseries "Master of the Game," based on the eponymous novel by Sidney Sheldon, and also starred in the television films "Jenny's War" and "Rock & Roll Mom." Cannon's credits in the 90s include the TV movies "Jailbirds," "Christmas in Connecticut," "Beverly Hills Family Robinson," "Diamond Girl," and "The Rockford Files." She also appeared on such popular shows as "Diagnosis: Murder" and "The Practice," and had a recurring role on the legal dramedy "Ally McBeal" from 1997 to 2000. Among Cannon's credits in the 21st century are the sitcom "Three Sisters" and the children's television franchise "Thomas & Friends."

In 1965, Cannon married her first husband, actor Cary Grant, who was 33 years her senior. They had a daughter named Jennifer, and split in 1967. The couple officially divorced in 1968 following a car accident involving Grant and Baroness Gratia von Furstenberg. Later, in 1985, Cannon wed real estate investor Stanley Fimberg; they divorced in 1991.

Although she was raised Jewish, Cannon considers herself a born-again Christian. In terms of her hobbies, she is an avid fan of the Los Angeles Lakers, having attended games for over three decades. 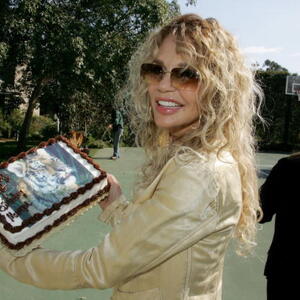