Dustin Hoffman Net Worth and Salary: Dustin Hoffman is an American actor who has a net worth of $100 million. Hoffman is one of the most well-known figures in Hollywood today, and his career has spanned numerous decades with critical acclaim along the way. After breaking through with a lead role in the 1967 film "The Graduate," Hoffman continued to appear in a range of successful films over the rest of his career, winning multiple Academy Awards in the process. He is also the winner of six Golden Globe Awards and two Emmy Awards. Outside of acting, Dustin Hoffman has emerged as a director with the 2012 film "Quartet."

Early Life: Dustin Lee Hoffman was born on August 8th of 1937 in Los Angeles, California. Hoffman was raised in a Jewish family alongside an older brother, although he later described his upbringing as fairly non-religious. After graduating from high school in 1955, Hoffman enrolled at Santa Monica College. Dustin initially wanted to pursue a career in medicine, but he soon realized that life was not for him. In addition, Hoffman once considered a career as a classical pianist.

He dropped out of college after one year, joining the Pasadena Playhouse and pursuing a career as a professional actor. His family was skeptical about his career goals, claiming that he couldn't succeed in Hollywood due to his average looks. Unphased, Hoffman continued to sharpen his acting abilities and took classes at the Neighborhood Playhouse in New York City.

Career: Hoffman's early acting career was not easy, and he found himself working odd jobs in order to support himself. His first notable roles were in theatre productions at the Pasadena Playhouse. He worked with a young Gene Hackman, and Dustin later followed Hackman to New York City, living with him alongside Robert Duvall during the 60s. Hoffman found it quite difficult to get work due to his appearance, but early roles during this period included off-Broadway and Broadway productions. He also appeared in TV series like "Naked City," "The Defenders," and "Hallmark of Fame."

Dustin's film debut came in 1967 with "The Tiger Makes Out." His breakthrough came later that year with the release of "The Graduate," in which he played the lead. Hoffman received an Academy Award nomination for this role, for which he received a salary of $20,000 (which became a net of $4,000 after taxes and expenses). Despite receiving multiple offers to star new films, Hoffman returned to New York to further his stage career. He later followed up with a film role in "Midnight Cowboy."

During the 1970s, Hoffman appeared in films like "Straw Dogs," "Lenny," "All the President's Men," "Marathon Man," "Straight Time," and "Agatha." To end the decade, Hoffman took a lead role in "Kramer vs. Kramer," winning his first Academy Award. During the eighties, he appeared in "Tootsie" before appearing in the critical and commercial failure that was "Ishtar." Hoffman once again ended the decade with an Academy Award win, this time for his role in "Rain Man."

Dustin's success continued throughout the 90s with roles in films like "Hook," "Outbreak," "Sleepers," and "Wag the Dog." This run of notable roles continued throughout the 2000s with "Moonlight Mile," "Runaway Jury," "Finding Neverland," "I Heart Huckabees," "Meet the Fockers," and "Mr. Magorium's Wonder Emporium." He also booked a prominent voice acting role in the commercially successful animated film "Kung Fu Panda."

During the 2010s, Hoffman booked a role in the HBO series "Luck" before directing his first film, "Quartet." In 2017, he starred in the critically-acclaimed movie "The Meyerowitz Stories." 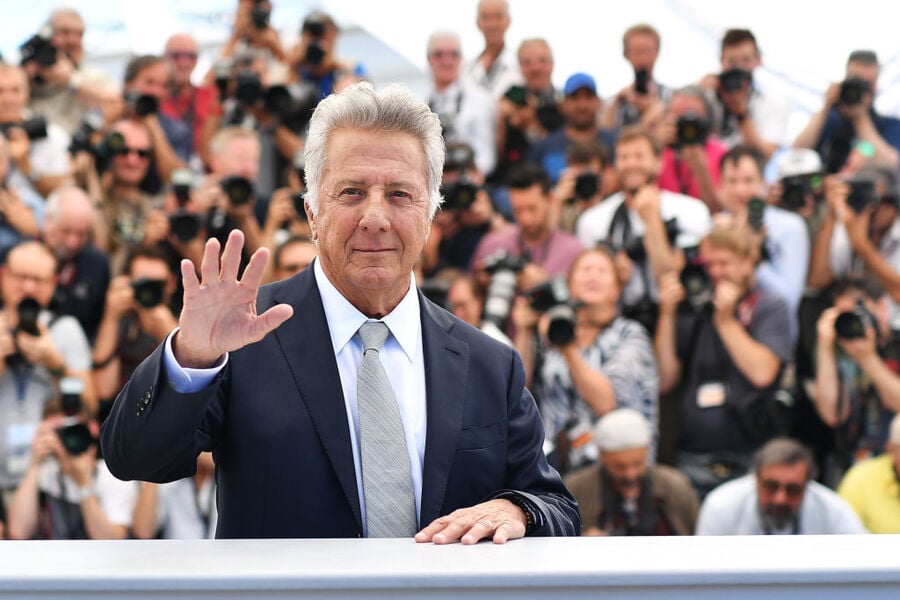 Relationships: Dustin Hoffman's first wife was Anne Bryne, an actress whom he met in 1963. After their marriage in 1969, Hoffman adopted Bryne's child from a previous marriage. They then divorced in 1980. That year, he married businesswoman Lisa Gottsegen, and they subsequently had four children together. The family raised their children as Jews.

Sexual Assault Allegations: In 2017, several women came forward with sexual abuse allegations against Dustin Hoffman. One woman accused the actor of making sexually inappropriate comments around her when she was a 17-year-old intern. She also alleged that Hoffman asked her to give him foot massages. Another woman accused Hoffman of exposing himself to her in a hotel room.

A third woman claimed that Dustin had assaulted her in the back of a station wagon, coercing her into a sexual encounter that left her traumatized. In total, six women came forward with accusations, which ranged from inappropriate comments to groping or even full-on sexual assault. Some of these women are actresses, such as Meryl Streep and Kathryn Rossetter, both of whom claim Dustin groped them. These accusations involve incidents that span multiple decades.

Real Estate: In 2012, it was confirmed that Dustin Hoffman was one of the many celebs who owned property in Malibu's exclusive Broad Beach neighborhood. His ownership was revealed because of a controversy involving beach erosion. The 114 residents of this affluent area became concerned that the water was eroding the sand dunes upon which many of their expensive mansions lie.

Although a seawall might seem like the obvious solution, the residents (including Hoffman) hatched an ambitious, $20-million plan to dig up sand from the bottom of the ocean in order to build more of a barrier. However, this proved to be a divisive issue. Various environmentalist groups protested the plan, claiming that it would damage local ecosystems.

In 2017, Hoffman's real estate deals sparked controversy once again. He and his son teamed up with a developer named Jeffrey Yohai (the son of Paul Manafort) to build a mansion in Hollywood Hills. The Hoffmans invested $3 million into the project. Aside from the strangeness of the Hoffmans (lifetime Democrats) doing business with the son of a then-prominent politician in the Trump administration, the deal caught the eye of media sources for another reason.

Yohai's company, which was responsible for the project, filed for bankruptcy, and the Hoffmans looked as if they would never get their $3 million back. The investment property was later put on the housing market for $7.45 million – taking a $1.5-million price reduction since first being listed. The Hoffman's were understandably concerned, and they took legal action against Yohai to ensure that when the property did finally sell, they would get their initial investment back – or at least some of it. 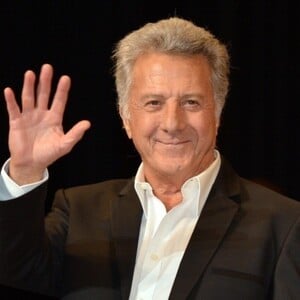