What is Dule Hill's Net Worth?

Dule Hill is an American actor and tap dancer who has a net worth of $8 million. Dule Hill first became widely known for his role as a personal Presidential aide named Charlie Young on the NBC drama television series "The West Wing." He is also known for playing pharmaceutical salesman-private detective Burton Guster on the USA Network television comedy-drama Psych.

Dule Hill was born on May 3, 1975, in Orange, New Jersey. His parents hail from Jamaica and they raised Dule in Sayreville, New Jersey.  He studied ballet from an early age and learned tap dance at the age of three. In 1985, Hill performed a tap dance number set to a live orchestra for the Jerry Lewis MDA telethon.

When Hill was ten years old, producers of Broadway's "The Tap Dance Kid" called his dance school. At that time they were looking for young dancers who could also sing and act in the upcoming production at the Minskoff Theatre. Dule ultimately won the role of understudy to Savion Glover. This led to other musicals. As a teen, he appeared in several national TV commercials. His first film role came in 1993, during his senior year of high school, in the film "Sugar Hill." Hill graduated in 1993 from Sayreville War Memorial High School. For college, he attended Seton Hall University where he studied business finance acting at William Esper Studio.

While attending Seton Hall, Hill landed a role on "CityKids," a Jim Henson production that aired on ABC Saturday mornings. Hill left college before graduating to appear in Bring in 'da Noise, Bring in 'da Funk on Broadway. In 1999 he appeared alongside Freddie Prinze, Jr. and Rachael Leigh Cook in the popular film, She's All That. He won the role of presidential aide Charlie Young on The West Wing in 1999. After just one season, the series earned a record-setting nine Emmy Awards and won the prestigious Peabody Award. In the sixth season of "The West Wing," his character became a Special Assistant to the Chief of Staff. He stayed with the show for six seasons. He has often cited Martin Sheen, whom he worked very closely with, as his acting mentor. 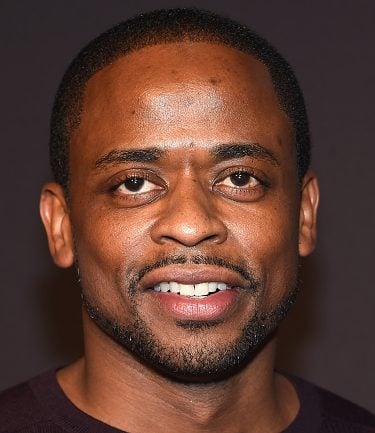 Hill chose to leave "The West Wing" before the beginning of the seventh season, but returned for the show's final few episodes in May 2006. That same year, Dule signed on to star in the cable comedy "Psych" as the foil to manic leading man James Roday. He also served as a producer on the show from 2009 to 2014. Other roles include the movie and series "10.5," Disney's "Holes," and "The Guardian." From December 2011 to February 2012, he appeared in "Stick Fly" on Broadway. Hill appeared in 15 episodes, over the course of 2015 to 2019, on the television show "Ballers." From 2017 to 2019, Hill had a recurring role as Alex Williams on "Suits." For four episodes of the "Muppet Babies" reboot, Hill voiced a character called Mr. Manny.

Hill also lent his voice to the animated feature "Night of the Animated Dead." More recent films Hill has worked on include "Gayby," "Gravy," "Sleight." "Locked Down" and "Hypnotic." Beginning in 2021, Hill has played Bill Williams on "The Wonder Years" reboot.

Dule Hill married Nicole Lyn at Montego Bay's Round Hill resort in July 2004. They divorced in 201, with Hill citing irreconcilable differences. The two had no children together. He married his "Ballers" co-star Jazmyn Simon in Antigua in 2018. Hill adopted Simon's daughter Kennedy following their marriage. Dule and Jazmyn had a son, Levi Dule Hill, in May 2019.

In his spare time, he enjoys poker and supports the Leukemia & Lymphoma Society.