How much is Drew Sidora Worth?

Drew Sidora net worth: Drew Sidora is an American actress and singer who has a net worth of $1.5 million dollars. Drew Sidora was born in Chicago, Illinois, and began acting when she was a child. She also began singing and dancing lessons before she started kindergarten. After appearing in a number of commercials and industrial projects, she began appearing in narrative projects, beginning with the television movie "Divas" in 1995. Since then, she has appeared in such film and television projects as, "The Howie Mandel Show", "What I Like About You", "Without a Trace", "White Chicks", "That's So Raven", "Girlfriends", "Step Up", "Wild Hogs", "The Game", "Nurses", and "JD Lawrence's Community Service". She also launched a moderately successful recording career, and has released a few successful singles. She is currently working on her first studio album. She most recently co-starred in the hit biopic about TLC as Tionne Watkins. 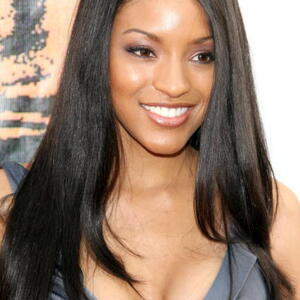