How much is Drew Seeley Worth?

Drew Seeley net worth: Drew Seeley is a Canadian American actor, singer, and dancer who has a net worth of $1 million. Drew Seeley was born in Ottawa, Ontario, Canada in April 1982. He has recorded several songs for the Walt Disney Company. As a singer he released his debut studio album DS in 2006 as well as the albums The Resolution in 2011 and Downtime in 2018. Seeley's single "Breaking Free" (with Vanessa Hudgens and Zac Efron) reached #4 on the Billboard Hot 100 chart. As an actor Drew Seeley starred as Jason Wilson on the television series Glory Daze from 2010 to 2011. He has appeared in the films and videos High School Musical, Another Cinderella Story, The Shortcut, I Kissed a Vampire, Pitch Perfect, Chalk It Up, and more. Seeley has also appeared in episodes of the TV series Guiding Light, Dawson's Creek, One Tree Hill, The Suite Life of Zack & Cody, The Closer, and more. In 2006 he was nominated for a Primetime Emmy Award for Outstanding Original Music and Lyrics for High School Musical. 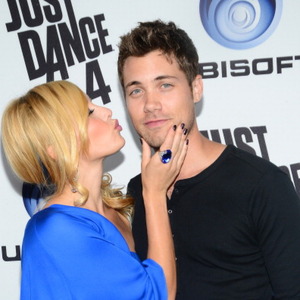