Drew Fuller Net Worth: Drew Fuller is an American actor and former model who has a net worth of $1.5 million. Drew Fuller was born in Atherton, California in May 1980. At 12 years old he was discovered by an agent and was on the cover of UCLA Magazine. At 16 he started modeling and worked for Tommy Hilfiger, Prada, and Club Med.

He appeared in commercials for Subway, Toyota, J. Crew, and Pepsi with Britney Spears. Fuller also starred in The Calling's music video for "Where You Will Go" as well as music videos for Jennifer Love Hewitt and Lindsay Lohan. His television debut came in the TV series Partners in 1999. In 2003 he had a recurring role as Nick Reed in the series Black Sash. One of Drew's best known roles came starring as Chris Halliwell in the TV series Charmed from 2003 to 2006. His other well-known role came as Trevor LeBlanc in the television series Army Wives from 2007 to 2012. Fuller also starred in the movies Backflash 2: Angels Don't Sleep Here, Vampire Clan, Close Call, Final Contract: Death on Delivery, The Ultimate Gift, Blonde Ambition, Loaded, The Kane Files: Life on Trial, and Fatal Instinct. For The Kane Files: Life on Trial Fuller won the Festival Award at the San Diego Film Festival for Best Actor. 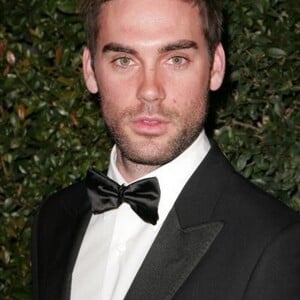