How much is Drew Barrymore Worth?

Drew Barrymore Net Worth: Drew Barrymore is an American actress, director, and producer who has a net worth of $125 million. Drew Barrymore has been in the spotlight for virtually her entire life, both in acting roles and in the tabloids, going all the way back to her memorable performance in the film E.T. when she was just six years old. Since then, she made the often difficult transition into adult roles, but not without a few bumps along the road, and now she continues to work on both the big and small screen as well as in a variety of other fields, including her cosmetics line, clothing brand, and even her own signature wine. At the height of her career as a movie star, Barrymore was pulling in $15 million a picture, as she reportedly did for her role in the film Music and Lyrics.

Early Life: Born on February 22nd, 1975, Drew Barrymore had movie stardom in her blood from the very beginning, as a member of one of the most famous acting families in show business history. Her paternal grandfather, the legendary John Barrymore, was among the most acclaimed actors of his day, and the list of Barrymores both before and after him that have worked as actors is too long to include here. Drew she also counts such famous film figures as Steven Spielberg and Sophia Loren among her godparents. Her famously troubled childhood included parties, drugs, and alcohol at an extremely early age, going into rehab at 13 and emancipating from her parents at age 15.

Acting Career: Barrymore's acting career began even earlier in her life, at just 11 months old. As the story goes, she was nipped by a dog during her audition for a dog food commercial and responded by laughing rather than crying, which purportedly earned her the job. A few years later she made her feature film debut in the 1980 science fiction film Altered States, but it was her role as Elliot's younger sister Gertie in E.T. two years later that propelled her to worldwide film stardom.

After E.T., Barrymore was cast in the 1984 Stephen King adaptation Firestarter. That same year, in a role with eerie parallels to her actual life, she played a young girl in a legal battle to divorce her famous parents in Irreconcilable Differences. The following year, 1985, she starred in another King film, the horror anthology Cat's Eye. She continued to work throughout the 80s despite an increasingly troubled personal life.

The 1990s meant a change in image for Barrymore, as she worked hard to shed her child actor persona and began taking more mature teenage roles. The most iconic of these is probably 1992's Poison Ivy, which was a box office disappointment in its theatrical release but went on to become a cult favorite on home video. In 1993 she starred in another film that was destined for cult status: the truly undefinable erotic thriller Doppelganger. The late 90s brought another memorable performance in 1998's The Wedding Singer, alongside Adam Sandler, and she capped off the decade in 1999 with Never Been Kissed.

In the 2000s, Drew Barrymore continued her rise to movie stardom with her part as one of the three Charlie's Angels in the 2000 reboot and its 2003 sequel Charlie's Angels: Full Throttle, for which she earned one of her biggest paydays at $14 million. But she also appeared in smaller independent films at the same time, like Donnie Darko and Confessions of a Dangerous Mind. Then in 2009 she made her feature directorial debut with the roller derby drama Whip It.

After a few more starring roles in films like Going the Distance and Blended, Barrymore underwent another career transition with a starring role in the Netflix original series Santa Clarita Diet alongside Timothy Olyphant.

Producing Career: In 1995, Drew co-founded the production company Flower Films with Nancy Juvonen. Flower Films produced many of Drew's movies between 1999 and 2019 including, Never Been Kissed, Donnie Darko, 50 First Dates and Fever Pitch, among others. Flower Films also owns the film rights to Charlies Angels, so not only did Drew's company produce the first two installments of the films (in 2000 and 2003), but also the 2019 re-boot.

Personal Life: The ups and downs of Drew Barrymore's personal life have been well documented and began when she was still a child, but her first marriage occurred for just two months in 1994 when she was 19 – to a Los Angeles bar owner named Jeremy Thomas. In 1999 she met comedian Tom Green and married him the following year. They made cameo appearances in each other's films, he in Charlie's Angels and she in his directorial debut Freddy Got Fingered – but they were divorced in 2002. In 2012 she married art consultant Will Kopelman, with whom she has two daughters – they divorced in 2016.

She's also managed to be the namesake of not just one but two popular songs, one by SZA and the other by rapper Bryce Vine.

Drew Barrymore Salary Highlights: At various points in her career, Barrymore has had a penchant for doing smaller roles in films that she worked on for artistic satisfaction, with a smaller payday to match. For example, her reported $500,000 payday for Donnie Darko, or the $250,000 she took for Confessions of a Dangerous Mind. In 1995 she got $1.5 million for her role in Mad Love, then in 1998 she commanded a $3 million salary for Ever After. In 2000 her debut in the Charlie's Angels franchise was worth $9 million, eventually getting $14 million for the sequel. Then in 2007, she earned her highest payday at $15 million.

Real Estate: Drew Barrymore has made headlines for her various real estate deals over the years. In 2019 she reportedly paid a little over $5.5 million for a 5,600-square-foot home near the beach in the Hamptons, and in the summer of 2018 she reportedly sold a home in the Hollywood Hills for some $16.5 million. 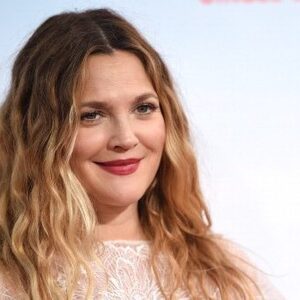