Dreama Walker Net Worth: Dreama Walker is an American actress who has a net worth of $3 million dollars. Born in Tampa, Florida, in 1986, Dreama Walker made her TV debut on a 2006 episode of "Law & Order" as Nicole Carlotti and her film debut in 2007's "Goodbye Baby" as Kelsy.

In 2008, she appeared in the "Sex and the City" movie and landed her first major TV role on the hit CW series "Gossip Girl" as Hazel Williams. She appeared on "One Life to Live", "Law & Order: Criminal Intent", and "Ugly Betty" before landing a recurring part on the CBS drama series "The Good Wife" as Becca. In 2012, she scored a starring role on ABC's "Don't Trust the B—- in Apartment 23" with James Van Der Beek and Krysten Ritter before its eventual cancellation. Walker's TV career has been more successful than her forays into film, which includes appearances in "Wherever You Are", "Gran Torino", "The Invention of Lying", "The Kitchen", "Chlorine", and "The Grim Sleeper". She is slated to appear in 2014's "Don't Worry Baby" and "Paperback". Walker is famous for her large doe-like eyes and is a registered Republican. As a teenager, she considered pursuing a singing career and even joined a female pop group before switching her focus to acting. Walker currently lives in New York. 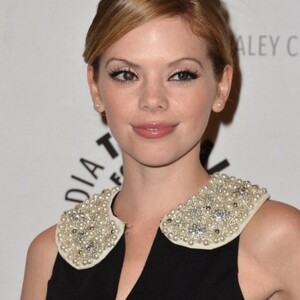