What is Drea de Matteo's Net Worth?

Drea de Matteo is an American television actress who has a net worth of $10 million dollars. Drea de Matteo has starred in a number of successful television series, including "The Sopranos" (for which she won an Emmy), "Desperate Housewives", "Joey", and "Sons of Anarchy". She also also played starring or supporting roles in films such as "Swordfish", "Prey for Rock and Roll", and "Assault on Precinct 13".

De Matteo was born on January 19, 1972 in the borough of Queens in New York City. She has Italian ancestry and was raised in a Roman Catholic household and has two brothers, Darren and Joe. Her father, Albert, was a furniture manufacturer and owner and CEO of the company Avery Boardman and Carlyle, a custom furniture shop in New York. Her mother, Donna, was a playwright who also was a faculty member at HB Studio, a non-profit performing arts training center, as a professor of playwrighting.

De Matteo attended the Loyola School for high school, a Jesuit co-ed school on the Upper East Side in New York City. She then enrolled at New York University with the intention of becoming a film director. She earned her Bachelor of Fine Arts in film production from NYU's Tisch School of the Arts while also studying acting at the HB Studio.

While trying to pursue acting after the completion of her studies, de Matteo opened a clothing store in the East Village of the city called Filth Mart in 1997. The store sold vintage and rock music-inspired designs and was the brain child of de Matteo's then boyfriend and a couple of his friends, all of whom had worked as clothing buyers at various New York City vintage stores. De Matteo also worked as a designer for the store, creating her own line of custom t-shirts that were sold in the store and featured in a number of fashion publications, such as Elle. The store was initially successful but later closed in 2004.

After finishing school, de Matteo landed a number of minor roles in both television and film. She had a small role in the 1999 film, "Meet Prince Charming" as well as a role on the "Swift Justice" in 1996.

Her breakout role came in 1999 when she was cast in "The Sopranos" as main character Adriana La Cerva. Her performance received high critical praise and she was recognized with a number of Screen Actors Guild Award nominations and Golden Globe Nominations. Additionally, she won an Emmy Award for Outstanding Supporting Actress, a Gracie Allen Award, and a Screen Actors Guild Award. "The Sopranos" ran until 2006 and was the height of de Matteo's public success. She was listed on Maxim's Hot 100 Women in both 2001 and 2002.

During the final seasons of "The Sopranos," de Matteo was cast in "Joey," the spin-off of "Friends" starring Matt LeBlanc. She played the role of Joey Tribbiani's sister Gina for the two seasons of the show before its cancellation. She also had a number of film roles while she had been on "The Sopranos" including "Deuces Wild," "The Perfect You,"  and "Prey for Rock & Roll." In 2001, she played the starring role in the film "'R Xmas," for which she won the New York International Independent Film and Video Festival Award for Best Actress. 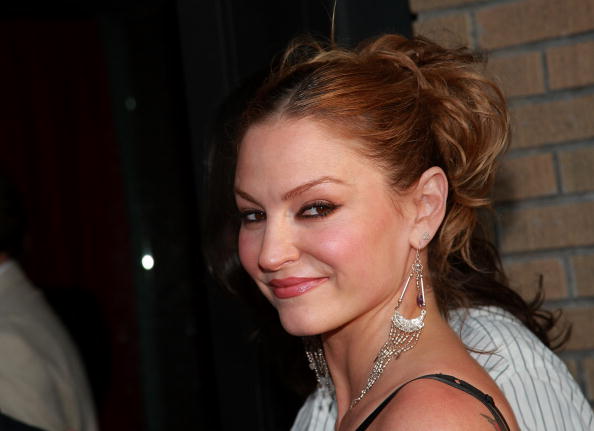 She also landed a recurring role on the popular FX original series, "Sons of Anarchy" which premiered in 2008 and ran for seven seasons. She regularly appeared on the show and was promoted to primary cast member during the show's final season.

De Matteo also played the role of Angie Bolen on the sixth season of "Desperate Housewives," the popular ABC show. She left the show after the season finale in 2010 for personal reasons.

Since then she has continued to land both one-off and recurring roles in televisions series such as "Agents of S.H.I.E.L.D.," "The Mindy Project," "The Making of the Mob: New York," "Shades of Blue," and "A Million Little Things." Her other film projects include "Lake City," "Free Ride," "New York, I Love You," "Dark Places," and "Sex, Death and Bowling."

De Matteo dated Michael Sportes for a number of years in the late 1990s. They were partners in opening their clothing store, Filth, before later breaking up.

In 2001, de Matteo began dating musician Shooter Jennings. They remained together for a number of years before Jennings proposed to de Matteo onstage at the Stanley Theater in 2009. While the couple never officially married, they did remain in a relationship together and had two children, a daughter, Alabama, in 2007 and a son, Waylon, in 2011. The couple then broke up before de Matteo began dating Michael Devin, the bass guitarist from the rock band Whitesnake. The couple got engaged in 2015.

In March of 2015, de Matteo was one of dozens of other residents who lost her apartment home in the East Village after a gas explosion that resulted in a large fire. She lost all of her belongings in addition to the residence, which had been her home for 22 years. 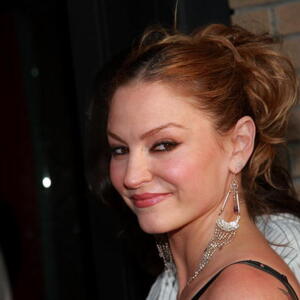