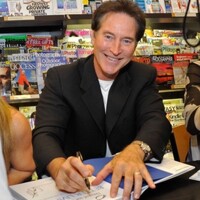 Drake Hogestyn net worth: Drake Hogestyn is an American actor who has a net worth of $2 million. Drake Hogestyn was born in Fort Wayne, Indiana in September 1953. He is best known for starring as John Black on the soap opera Days of Our Lives. Hogestyn first starred as Brian McFadden in the television series Seven Bridges for Seven Brothers from 1982 to 1983. His best known role has come starring as John Black on the series Days of Our Lives since 1986. Hogestyn got started in acting by entering a talent search put on by Columbia Pictures. He was among the 30 out of 75,000 selected. He has won three Soap Opera Digest Awards and been nominated for two Online Film & Television Association Awards for Days of Our Lives.