What is Dr. Phil McGraw's net worth and salary?

Phil McGraw, better-known as Dr. Phil, is an American TV personality, author, and former psychologist who has a net worth of $460 million. Every year Dr. Phil earns $60 – $90 million from his various endeavors. McGraw owns 100% of his show content. He actually pays CBS to distribute the show in exchange for a generous cut of the advertising revenue and product placement. He also executive produces "The Bull" and "The Doctors" and is the co-founder of telemedicine app Doctors on Demand.

McGraw holds a Ph.D. in clinical psychology but is not licensed to practice. He first gained celebrity status when he started appearing on "The Oprah Winfrey Show" in the late 1990s. He currently resides in Beverly Hills, California with his wife Robin.

Dr. Phil was born in Vinita, Oklahoma on September 1, 1950. He grew up in the oil fields of North Texas where his father was an equipment supplier. His family moved when Dr. Phil was a child so his father could pursue his lifelong goal of becoming a psychologist. McGraw attended Shawnee Mission North High School in Overland Park, Kansas.

In 1990, he founded CSI Courtroom Sciences, Inc. an organization that advised corporations and individual plaintiffs on how to achieve settlements. After starting CSI, McGraw ceased the practice of psychology. He kept his license current and in good standing until he elected to retire it 15 years later in 2006.

In 1995, Oprah hired Phil's company to advise her in a libel lawsuit she was facing after she made disparaging comments about beef on her show in relation to mad cow disease. Oprah invited Dr. Phil to appear on her show in 1998. His appearance was so successful that he began appearing weekly on "The Oprah Winfrey Show" as a relationship and life strategy expert on Tuesdays. 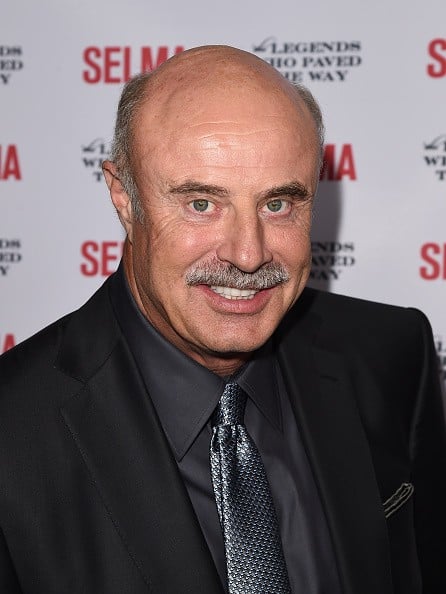 In 2003, McGraw got into the weight-loss business selling shakes, supplements, and energy bars. These products were featured on his show with his sisters Deana and Brenda and nephew Tony offering testimonials on how well the products worked. The products were marketed with the name Shape It Up, Woo Woo. The Federal Trade Commission was soon on Dr. Phil's case, looking into the claims that the products "can help you change your behavior to take control of your weight." Facing scrutiny from the FTC, McGraw pulled his supplements off the market in March 2004 and the FTC dropped the investigation. In 2005, he was sued in a class-action lawsuit from people who used his products and didn't lose weight. McGraw settled the lawsuit in 2006 for $10.5 million, though $6 million of that was paid to the plaintiffs in the form of Amway brand vitamins.

Other Shows and Books

In 2008, Dr. Phil launched the "Dr. Phil" spinoff  "The Doctors," produced by Dr. Phil and his son Jay McGraw. It is the first show to be a third-generation show spinoff, since "Dr. Phil" is spun off from "The Oprah Winfrey Show." The show is hosted by the ER doctor and former "Bachelor" participant Travis Stork. "The Doctors" focuses on health and medical issues with a team of medical professionals talking about health-related topics and answering questions from viewers who are too embarrassed to ask their own doctors. It debuted on September 8, 2008.

The television show "Bull," starring Michael Weatherly, is based on Dr. Phil's experience during his days as a trial consultant for Courtroom Science, Inc. He is credited as one of the creators of the series which premiered in 2016.

McGraw is also the author of a number of the best-selling relationship and diet books including "Life Strategies," "Relationship Rescue," and "The 20/20 Diet." 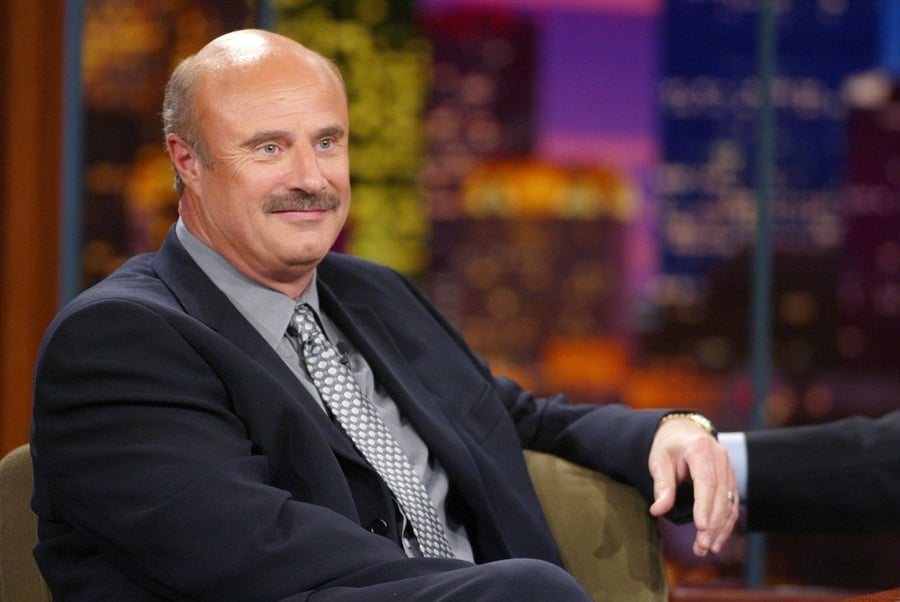 McGraw married his first wife, Debbie Higgins McCall in 1970 when he was just 20-years-old. That marriage ended three years later in an annulment. McGraw started dating Robin Jo Jameson while going through the process of ending his first marriage. They married in 1976 and had two children, Jay and Jordan. McGraw is also a private pilot, with an instrument rating, flying single-engine airplanes. In 2003, McGraw founded the Dr. Phil Foundation with a mission to fight childhood obesity.

In 2010, the McGraws bought a huge hillside home in Beverly Hills for $29.5 million. The house is a Mediterranean-style villa on three acres that has a 14,000-square-foot main house with five bedrooms and 11 bathrooms. There's also a guesthouse and a pool.

In 2011, McGraw and his wife listed another Beverly Hills house for $6.35 million. This house did not find a buyer. They re-listed it in January 2020 for $5.75 million. It features a gun lined dining room and other eclectic finishes that can be included in the sale if the buyers wants.