How much is Dove Cameron Worth?

Dove Cameron net worth: Dove Cameron is an American actress and singer who has a net worth of $3 million. Dove Cameron was born Chloe Celeste Hosterman in Seattle, Washington on January 15, 1996. She is best known for playing the roles of both title characters on the Disney Channel television series Liv and Maddie since 2013. Cameron voiced the role of Mal in the TV series Descendants: Wicked World in 2015. She has starred in the movies Bits and Pieces, Cloud 9, Barely Lethal, Descendants, R.L. Stine's Monsterville: The Cabinet of Souls, and Descendants: Genie in a Bottle. Cameron has also appeared in episodes of the TV series Shameless, The Mentalist, Malibu Country, and Austin & Ally. She has been nominated for a Kids' Choice Award and two Teen Choice Awards for Liv and Maddie. Cameron has been featured on the Liv and Maddie and Descendants soundtracks and her single "If Only" cracked the top 100 in the United States. Dove became engaged to actor and singer Ryan McCartan in 2016. Their relationship ended in October 2016. In December 2016 Dove began dating actor Thomas Doherty. 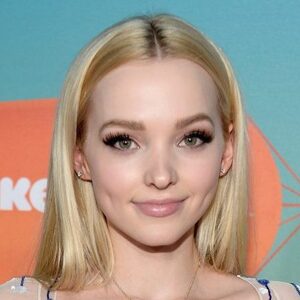