Dougray Scott Net Worth: Dougray Scott is a Scottish actor who has a net worth of $5 million dollars. Dougray Scott was born in 1965 in Glenrothes, Fife, Scotland to an actor father and nurse mother. He studied at the Royal Welsh College of Music & Drama before moving to London to pursue his acting career.

Scott got his start predominantly on stage before making his TV debut in "Soldier, Soldier". Though his first movie part came in "Twin Town", his breakthrough role was in "Ever After" in 1998. Following that appearance, he landed roles in 1999's "This Year's Love", 2000's "Mission: Impossible II" and "Arabian Nights", and 2001's "Enigma". Scott was set to appear in the "X-Men" franchise as Wolverine, but was replaced by Hugh Jackman when his filming for "Mission: Impossible II" went long. It was later rumored he was to be chosen as the new James Bond after Pierce Brosnan, though the studio ultimately went with Daniel Craig instead. Scott's other TV and film credits include "The Ten Commandments", "Heist", "Desperate Housewives", "Dr. Jekyll and Mr. Hyde", "Father & Son", "The Day of the Triffids", and "Love's Kitchen". Scott has twins with his first wife, Sarah Trevis, though their relationship ended in 2006. A year later, he married his second wife, actress Claire Forlani. 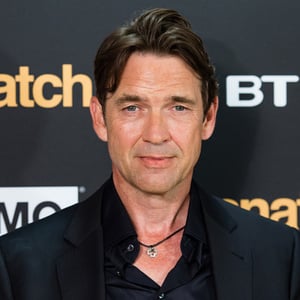