Douglas Booth Net Worth: Douglas Booth is an English actor who has a net worth of $6 million dollars. Born in London, England, in 1992, Douglas Booth grew up battling dyslexia. He started acting in school plays and soon got involved with the Guildhall School of Music and Drama and the National Youth Theatre.

When he was 16 years old, he scored his first acting job and left his AS levels to pursue his new career. Booth made his professional debut in 2009's "From Time to Time" alongside Timothy Spall and Maggie Smith. He went on to appear in "The Pillars of the Earth" before landing the part of Boy George in "Worried About the Boy". Booth drew tremendous critical acclaim for the part and went on to score the role of Pip in 2011's "Great Expectations" on BBC One. Many critics questioned whether or not Booth was too good-looking for the role. Following the film's debut, he appeared in "Christopher and His Kind", "Romeo and Juliet", and "LOL". In 2014, he scored the part of Shem in Darren Aronfosky's "Noah" alongside Russell Crowe, Jennifer Connelly, Emma Watson, and Anthony Hopkins. In 2015 he appeared in "Jupiter Ascending" with Mila Kunis and Channing Tatum, in 2017 he appeared in "Loving Vincent". 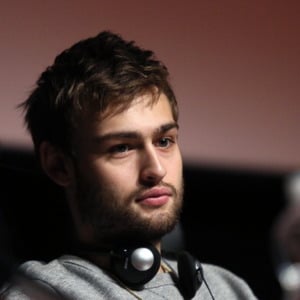