Doug Jones Net Worth and salary: Doug Jones is an American actor and retired contortionist who has a net worth of $2 million dollars. Born in Indianapolis, Indiana, in 1960, Doug Jones earned his degree at Ball State University after several years of playing the school mascot's Charlie Cardinal. Jones made his on-screen debut in 1987's "The Newlydeads".

He is best known for roles that require him to wear heavy make-up, many of which are connected to movies directed by Guillermo del Toro. Some of Jones' most famous parts are in movies and TV shows such as "Hocus Pocus", "The Golden Army", "Buffy the Vampire Slayer", "Hellboy", "Pan's Labyrinth", "Fantastic Four: Rise of the Silver Surfer" and "The Shape of Water". He has also worked as a contortionist, a skill Jones credits with helping him land several advertising gigs, remarking that many companies want actors in commercials who can twist themselves into odd situations to best feature products. Jones' other TV and film credits include "The Adventures of Galgameth", "Warriors of Virtue", "Three Kings", "The Adventures of Rocky and Bullwinkle", "Jack Frost 2: Revenge of the Mutant Killer Snowman", "Men in Black II", "Stuck on You", "The Benchwarmers", "In Living Color", "CSI: Crime Scene Investigation", "Unsolved Mysteries", "Nick Swardson's Pretend Time", "Sons of Anarchy", and "Teen Wolf". He has also appeared in several web shows, including ten episodes of "Angel of Death" and eight episodes of "Research". Jones has been married to his wife, Laurie, since 1984. 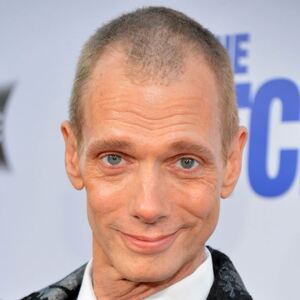