Doug Hutchison net worth: Doug Hutchison is an American actor and reality TV star who has a net worth of $500 thousand. Doug Hutchison has primarily played disturbing and antagonistic characters in films. Doug made headlines in his personal life when he married singer/model Courtney Stodden, who was just 16 years old at the time. Hutchison was 51. They subsequently signed a deal for a reality show based on their lives and controversial marriage. Shockingly, the couple announced their divorce in November 2013.

Early Life: Hutchison was born on May 26, 1960 in Dover, Delaware. He attended Bishop Foley High School in Michigan but then transferred to Apple Valley High School in Minnesota, from which he graduated in 1978. He then enrolled at the University of Minnesota before studying acting at the Juilliard School in New York City.

Career: Hutchison began his acting career in theater, starring in a production of "Equus" shortly after grading high school in Saint Paul, Minnesota. He went on to act in stage productions of "Sing Me Through an Open Window" and "Julius Caesar." He then transitioned to working in television and throughout his career he has landed guest appearance roles on various television shows like "The Young Riders, "The X-Files," "Millennium," "Lost," "Guiding Light," "Law & Order: Special Victims Unit," and "24."

His work in films began in the late 1980s. He first appeared in the 1988 drama, "Fresh Horses" and the in the film adaptation of "The Chocolate War." Throughout the 1990s, he continued working in films, often portraying disturbed characters. He had roles in "The Lawnmower Man," "A Time to Kill," "Con Air," and The Green Mile." He also acted in "Shaft," "Bait," "I Am Sam," and "No Good Deed." He played a main character in "Punisher: War Zone" and also starred in "Give 'Em Hell, Malone."

Hutchison also began his own production company called Dark Water. In October of 2008, the company debuted its own web series, "Vampire Killers." The who depicts four vampire hunters who work to control a large vampire population in the city of Los Angeles. 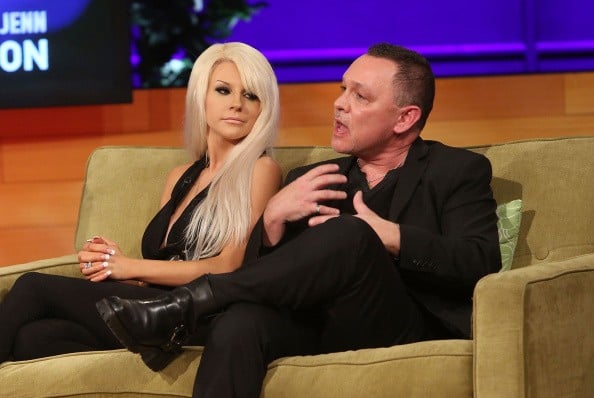 Personal Life: Outside of his acting work, Hutchison also taught acting classes online. It was this way that he met the young singer and actor, Courtney Stodden, who had signed up for one of his online acting workshops through the recommendation of a family friend. The two began conversing online and Hutchison developed feelings for Stodden before having met her in person or knowing her age. According to the couple, once he became aware that Stodden was a minor, he contacted her mother to ask for permission to proceed with the relationship. The couple married in May of 2011 in Los Vegas when Stodden was 16 and Hutchison 51.

Their relationship and marriage was heavily critcized in the media and also by Hutchison's family. He has revealed that due to his relationship with Stodden, his agent quit, his family disowned him, and he received multiple death threats, in addition to being labeled a pedophile for marrying a minor. However, Stodden's mother was apparently a fan of Hutchison's and appreciated the way he treated her daughter.

A year after getting married, the couple appeared on the second season of the VH1 reality show, "Couples Therapy," in 1013 in order to receive counseling for the challenges that arose in their marriage that were primarily due to their age difference. Shortly after appearing on the show, the couple announced they planned to divorce after two and a half years of marriage but then reconciled by August of 2014.

The couple celebrated their fifth wedding anniversary by renewing their vows in May of 2016, as which time they announced they were expecting their first child together. However, Stodden then suffered a miscarriage three months into the pregnancy. The following year, the couple decided to separate and in May of 2018, Stodden filed for divorce which was not finalized until March of 2020. 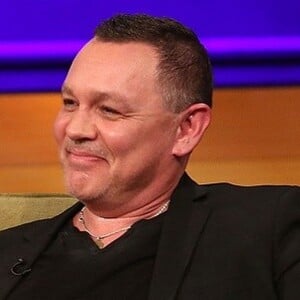