Dot Marie Jones Net Worth: Dot Marie Jones is an athlete and actress who has a net worth of $500 thousand. Born Dorothy-Marie Jones on January 4, 1964, in Turlock, California, US, she made a name for herself both in the world of sport and acting, being a 15-time world arm wrestling champion and talented comedy actress. Raised in Hilmar, California, Jones first took part in strength competitions at a fairly young age. While at high school, she became a champion weight lifter and was named female athlete of the year. Jones got involved in arm wrestling on a whim, and she was only 19 when she won her first arm wrestling world championship, which was followed by 14 wins more. Next, she attended California State University, Fresno, where she set records for shot put, while also competing in powerlifting. But it was not all shiny in Jones' athletic career. She suffered 11 knee injuries and her height was brought down from 6 ft 4 in (1.93 m) to 6 ft 3 in (1.91 m). After her graduation from college, Jones started to work as a youth counselor at the Fresno County Juvenile Probation center, with no intentions of acting. It was probably the hand of fate that assisted Dot Marie's discovery at a bodybuilding competition by Shirley Eson of American Gladiators fame. Under Eson's sway, Jones auditioned for the Gladiators-like Knights and Warriors (1992), and she got the part, becoming one of the few female warriors. Even though the show only lasted for a season, Jones' acting career was just taking off. Throughout the 1990s and 2000s she went on to play small roles, eventually landing major parts in feature films including in the cult flick The Boondock Saints (1999). The first recurring role that she got in a TV series was a character named "Dot" on the popular show Married… with Children (1987-1997). As for her next break, it was on the kids show Lizzie McGuire as Coach Kelly. Ever since, she has starred in popular shows like Nip/Tuck, Desperate Housewives, and Prison Break, among others. After Jones had a close encounter with Glee's co-executive producer Brad Falchuk, the character of Coach Shannon Beiste was created for her. Recently, she appeared on Logo TV's RuPaul's Drag U. Along with acting, Jones kept up her involvement with arm wrestling. 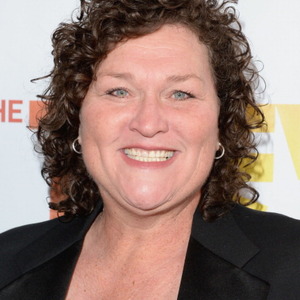