Dorothy Dandridge was born in Cleveland, Ohio in November 1922 and passed away in September 1965. She was the first woman of color who was nominated for the Academy Award for Best Actress. As a singer she was a part of the Dandridge Singers and The Wonder Children. Dandridge appeared on multiple episodes of The Ed Sullivan Show from 1960 to 1961. She appeared in several films including Teacher's Beau, The Big Broadcast of 1936, Four Shall Die, Bahama Passage, Sundown, Sun Valley Serenade, Lady from Louisiana, Orchestra Wives, Tarzan's Peril, The Harlem Globetrotters, Bright Road, Carmen Jones, Island in the Sun, Porgy and Bess, and more. Dandridge was nominated for an Academy Award for Best Actress in a Leading Role for Carmen Jones in 1955. She was nominated for a Golden Globe Award for Best Actress for Porgy and Bess in 1960 and received a star on the Hollywood Walk of Fame in 1983.

She was married twice and had two children including Ruby Dandridge. Dorothy Dandridge passed away on September 8, 1965 at 42 years old from an embolism.

Financial Problems: Not long after her marriage to Jack Denison ended in 1962, Dorothy discovered that her financial managers had stolen $50,000 from her accounts and left her with $140,000 in debt to the IRS. That's the same as owing $1.1 million today. The crushing debts forced Dorothy to sell her home and place her daughter – who was mentally handicapped – into a state mental institution. Dandridge lived the rest of her life in a modest West Hollywood apartment. 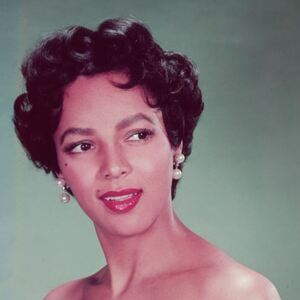