Doris Roberts Net Worth: Doris Roberts was an American actress of film, stage and television who had a net worth of $14 million dollars. Doris is probably best-remembered for playing the role of Marie Barone – Raymond Barone's mother – on the long-running sitcom "Everybody Loves Raymond" (1996-2005). She had to beat out over 100 other actresses for the part that ended up appearing in all 210 of the show's episodes.

She was born Doris May Green on November 4, 1925, in St. Louis, Missouri. Roberts decided early on that she wanted to be an actress, so she worked odd jobs to pay for drama lessons. Her acting career began in 1952 with a role on the television series Studio One. She went on to appear in television episodes of The Naked City (1958-1963), Way Out (1961) and Ben Casey (1963). She made her film debut in 1961 movie Something Wild, in which she played the role of the main character's co-worker. After appearing in various stage and screen roles throughout the '60s and 70's, Roberts was finally cast in her first hit TV series Angie in 1979, after which she joined the cast of Remington Steele in 1983. She appeared in 71 "Remmington" episodes, co-starring alongside Pierce Brosnan and Stephanie Zimbalist.

Roberts won two Emmy Awards for best supporting actress (2001, 2002) for her portrayal of Marie Barone on the hit television show Everybody Loves Raymond. She is an avid cook and wrote the book Are You Hungry, Dear? Life, Laughs and Lasagna (2005), co-written with Danelle Morton.

"Everybody Loves Raymond" Salary: For much of the later half of the series, Doris earned $250,000 per episode of "Raymond". That works out to around $5.5 million per season.

Real Estate: About a year after her passing, Doris's two primary homes were put up for sale. In January 2017 her NYC duplex hit the market for $3.3 million. The apartment did not find a buyer until April 2019 when a Broadway producer purchased three units that were formerly owned by Doris, for a total of $4 million. 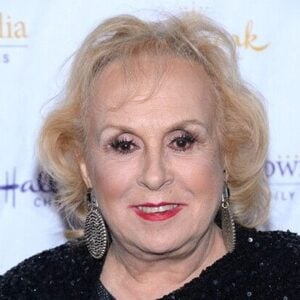