Doris Day net worth and salary: Doris Day was an American actress, singer, real estate mogul and animal rights activist who had a net worth of $200 million dollars at the time of her death in 2019. Doris Day was born Doris Mary Ann Kappelhoff in Cincinnati, Ohio in April 1922. She began her career in 1939 as a singer who performed with Les Brown & His Band of Renown. She soon went solo and signed with Columbia Records. From 1947 to 1967 she had over 650 recordings. She was also a highly successful actress. Doris's first movie was Romance on the High Seas. She would eventually go on to appear in 39 feature films. She is the top ranked female box-office star of all time and is sixth among male and females. Day received the Cecil B. DeMille Award for lifetime achievement and the Los Angeles Film Critics Association's Career Achievement Award. She has released 31 albums and was awarded a Grammy Lifetime Achievement Award. In 1971 she became involved with animal welfare and co-founded "Actors and Others for Animals". She later started the Doris Day Animal Foundation and the Doris Day Animal League. She was presented with the Presidential Medal of Freedom from President George W. Bush in 2004. She was married four times and had one son, the late music executive Terry Melcher. From 1968 to 1973 she starred in The Doris Day Show on CBS. Doris Day died on May 13, 2019 at the age of 97. She spent the majority of her final years living in Carmel, California on a seven-acre estate that also served as an animal rescue.

Doris Day Finances: In the late 60s, after decades of an amazing career Doris assumed she was extremely wealthy. Unfortunately upon the death of her husband Martin Melcher in 1968, Doris found out that Melcher and a business partner had squandered more than $20 million of her money, leaving her $500 thousand in debt. That's the equivalent of wasting $140 million and leaving her $3.7 million in debt, adjusting to today's dollars.

Doris' son Terry, at the time a very successful and wealthy music executive, swooped in to secure her assets and save her estate from financial ruin. To boost her finances she agreed to star in "The Doris Day Day Show", a sitcom that had a very successful five year run. Terry and Doris were eventually able to get her finances in order and retain a valuable real estate portfolio that included houses in Malibu, Beverly Hills and several extremely valuable hotels. It took 10 years, but Doris did eventually receive a $27 million judgement against her former business managers. That's the same as around $80 million today. Unfortunately by that point the business manager was destitute and unable to pay much of the judgement at all. Doris did receive some money from various insurance companies but nowhere near the amount she had lost.

Charles Manson Connection: In 1968 Doris's son Terry was introduced to Charles Manson via Dennis Wilson of The Beach Boys. At the time Terry was living in a large mansion on Cielo Drive in the Hollywood Hills with his then-girlfriend Candice Bergen. Manson visited Terry at the Cielo house a number of times before their friendship ended after Terry grew wary of the aspiring singer. Soon after cutting ties, Terry and Candice moved out of the Cielo Drive and the home's owner leased it to director Roman Polanski and his girlfriend Sharon Tate. On August 9, 1969, Manson's followers murdered Tate and several of her house guests at the mansion. There has long been speculation that Manson thought Melcher and Bergen still lived at the property and this was revenge for rejecting his music. It has later been made clear that Manson knew Melcher and Bergen were no longer living there but that anyone who could afford such a nice house would make an adequate victim for his maniacal plans. 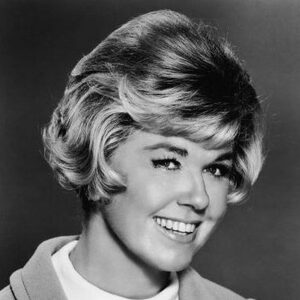