How much is Dorien Wilson Worth?

Dorien Wilson Net Worth: Dorien Wilson is an American actor who has a net worth of $12 million. Dorien Wilson was born July 5, 1963 in Lompoc, California. He is best known for his role as Professor Stanley Oglevee on the UPN sitcom The Parkers and for his recurring role as Terrence Winningham on the ABC/The WB sitcom Sister, Sister. He also played Warrington Steele on The Steve Harvey Show and co-starred alongside Sherman Hemsley on the short-lived sitcom Goode Behavior. He has appeared mostly in television roles but was also cast in a few film roles as well. He co-starred in House Party 4 in 2000 and had a bit part as a doctor in the 2004 film You Got Served. Wilson appeared in Disney Channel's series That's So Raven as Mad Money Mitch with the Mighty Mega Mix, Mad Miguel at Mid-night on the Spanish Station, and Mad Money Mitch with the Good Ole' Country Hits. He is also mentioned in Katt Williams' Pimp Chronicles Pt. 1. Wilson appeared on The Fresh Prince of Bel-Air as Juggles the Clown strapped with a bomb and holding Judge Banks hostage; he appeared on the sitcom Martin as a theatre producer; he made a couple of appearances as a pastor on the sitcom Living Single. He also had an appearance in Tyler Perry's House of Payne as Cassi Davis' college love-interest. Dorien was also cast as Chandler's boss on the hit TV sitcom Friends. In the '80s, Dorien was a resident Actor of CTC—California Theatre Center—in Sunnyvale, California and he also served as an Acting Conservatory Teacher at CTC. One of Wilson's former students, Anita Fortner Jones, later created a Dorien Wilson Fan Club in his honor. Dorien Wilson has also been seen in a KFC (Kentucky Fried Chicken) commercial for boneless chicken. 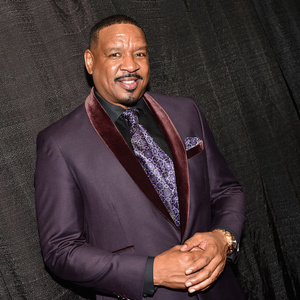