Dorian Gregory Net Worth: Dorian Gregory is an American actor who has a net worth of $2 million. Born in 1971 in Washington, D.C., Dorian Gregory grew up in Cleveland and later Los Angeles. He made his acting debut in 1991's "Baywatch" on one episode before appearing in 1992's "Stop!

Or My Mom Will Shoot". He appeared on "Sister, Sister", "Beverly Hills, 90210", and "Living Single" before scoring his first recurring role in 1996's "Baywatch Nights" as Diamont Teague. He appeared in 22 episodes of the show. Gregory landed his best-known role in 1998 as Darryl Morris on the hit series "Charmed" alongside Holly Marie Combs and Alyssa Milano. He acted on "Charmed" until 2005 and has since appeared on "The Bad Girl's Guide", "Getting Played", "Las Vegas", and "Show Stoppers". Gregory has hosted several award shows, including the 8th Annual Soul Train Christmas Starfest and the 19th Annual Soul Train Music Awards. From 2003 until 2006, Gregory hosted TV's "Soul Train". Gregory and his sister, Mercedes Bey, have their own singing group, MD Says. He is active in a variety of organizations, and frequently works with the Los Angeles Police Department to help troubled kids. He is the spokesperson for the Juvenile Diabetes Research Foundation and works with Mothers Against Drunk Driving. 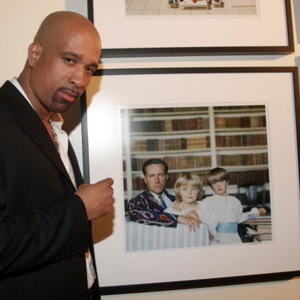