Doria Tillier Net Worth: Doria Tillier is a French model, actress, and TV personality who has a net worth of $5 million. Born in early 1986 in France, Doria Tillier began her show business career as a model, though she dreamed of becoming an actress. After a brief stint as a model, Tillier slowly started breaking into the entertainment industry with several small parts, including an appearance in 2009's "Special Action Customs" and a starring role in "Bloody Flowers" alongside Amanda Lear. While working on a Nina Ricci fragrance commercial, she was discovered by a talent scout who hired her to become the new Miss Weather at the "Le grand journal de Canal+". Tillier held the coveted position from the summer of 2012 until mid-2014 and replaced French star Solweig Rediger-Lizlow. At one point, Tillier made a bet during a French national team match against Ukraine that she would give the weather naked should the French side come back from being down 2-0 late in the contest. France prevailed and Tillier kept her word, running naked through a field as she delivered the weather forecast to millions of viewers. She also appeared in "Salut les Terriens" in 2006 and on an episode of "Le debarquement" in 2013. 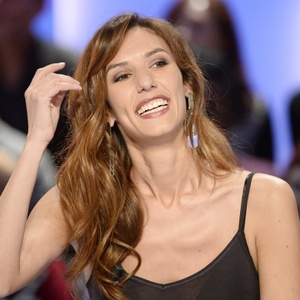