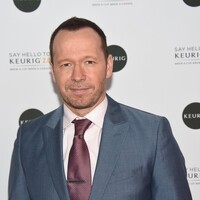 What is Donnie Wahlberg's net worth and salary?

Donnie Wahlberg is an American actor, singer and producer who has a net worth of $25 million. Donnie Wahlberg first became known as a member of the boy band New Kids on the Block. He is also an actor and entrepreneur.

Donnie Wahlberg was born Donald Edmond Wahlberg Jr on August 17, 1969 in Boston Massachusetts. He grew up in the primarily Irish-American neighborhood of Dorchester.

Donnie is the eighth out of nine children born to Donald, a teamster and delivery truck driver, and Alma, a nurse's aide. His younger brother is fellow actor/singer/producer Mark Wahlberg. On his mother's side, Wahlberg is distantly related to Nathaniel Hawthorne. While Donnie was growing up, the family was tight-knit and went to church together every Sunday. Having such a big family did not come without its problems though; the siblings frequently fought and the family was often strapped for cash. Their parents divorced in 1982, when Donnie was 12 years old. He and Mark chose to live with their mother while the rest of the siblings were either out on their own already as adults, or had gone to live with their father.

When Donnie began elementary school in the '70s, Boston was deeply entrenched in controversy over mandatory busing to enforce public school desegregation. Wahlberg was bused for nearly an hour a day to mostly African American William Monroe Trotter School. Wahlberg developed a deep love and affection for the soul and rap music that was popular amongst his African American friends. His idol growing up was Michael Jackson. Wahlberg recalls being bused to school as one of the greatest things to ever happen to him and his career, as he'd spend his time on the bus in the afternoons composing rap lyrics among his friends–his biggest influences.

New Kids on the Block

Wahlberg and his close friend Danny Wood went to Copley High School. It was here that they formed a rap group, The Kool Aid Bun. At the age of 15, Donnie auditioned for music producer Maurice Starr. He was holding open auditions to create American's first big boy band. Starr was impressed by the triple threat of Wahlberg's singing, dancing, and rapping skills, and immediately enlisted him for the group. Wahlberg recruited his brother Mark and friend Danny Wood, along with Jordan Knight, and Knight's older brother Jonathan. Mark was not happy with the band's artistic direction and left very soon after.

The group called themselves New Kids on the Block. They signed with Columbia Records and released their first album in 1986. Their single Be My Girl received almost no airplay and album sales were shatteringly low. Two years later, the group released Hangin' Tough, their second album. It was a slow start to success, but their lead single Please Don't Go Girl began to get significant national airplay. The single got to No. 10 on the Billboard charts. NKOTB went on to release two more successful singles, You Got It (The Right Stuff) and I'll Be Loving You (Forever), which peaked at No. 3 and No. 1 respectively. Hangin' Tough became the No. 1 album in the country by 1989.

Donnie was one of the earliest prototypical "bad boys" of pop music. At the peak of their success, NKOTB sold tens of millions of records and more than $400 million worth of merchandise. When NKOTB's popularity began to fade in the early 90s, Donnie helped launch Mark's rap career. Donnie co-wrote and produced Marky Mark and the Funky Bunch's debut album "Music for the People", which eventually went platinum. Donnie then launched an acting career.

Donnie rejoined former members of NKOTB for a reunion album, 2008's The Block. It reached No. 1 on the Billboard charts. They toured the world to promote the album. Donnie and the rest of NKOTB performed on the Package Tour in 2013, featuring 98 Degrees and Boyz II Men. 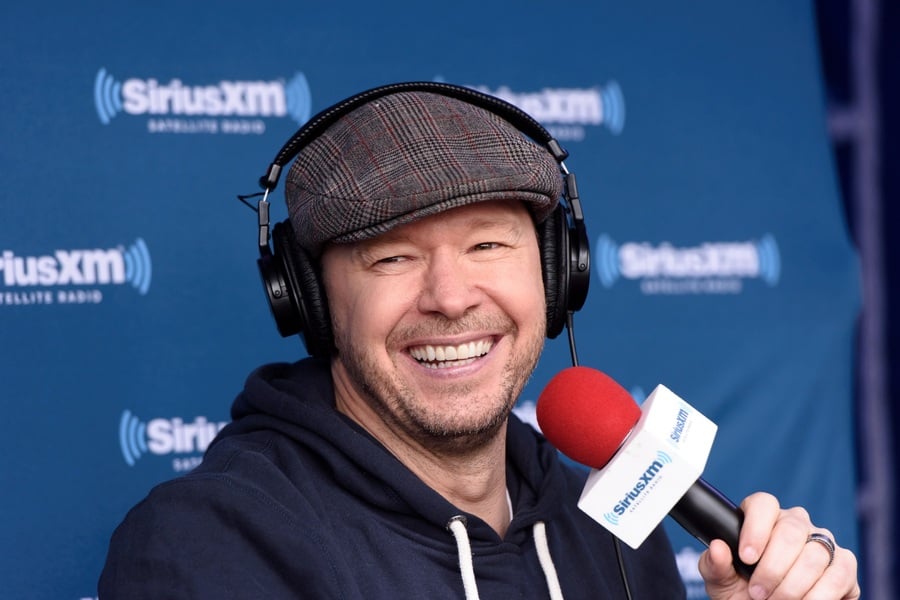 Wahlberg's first film was the 1996 Tupac Shakur and Mickey Rourke film "Bullet". That same year, he played a role as a kidnapper in Ransom with Mel Gibson. Wahlberg took a starring role in a small South-Boston based film titled Southie in 1999, starring opposite Rose McGowan. It was originally offered to his brother Mark, but he had to turn it down once he was offered the lead role in Boogie Nights. Although a small film, Donnie's portrayal of Danny Quinn earned him a bit of critical acclaim.

Donnie achieved further critical praise for a small part in the 1999 film "The Sixth Sense" and in the HBO mini-series "Band of Brothers", where he played Second Lieutenant C. Carwood Lipton. In 2003, Donnie starred in Dreamcatcher, an adaptation of Stephen King's alien-invasion thriller Dreamcatcher. Wahlberg starred in the second installment of the box office successful Saw series in 2005.  He played a small role in a short-lived CW drama Runway in 2006. 2007 saw Donnie starring in two TV series: A&E's Kings of South Beach and The Kill Point. He appeared in 2008 in Righteous Kill and What Doesn't Kill You.

Wahlberg began starring in the television series Blue Bloods as Detective Daniel Reagan in 2010. He also began starring in the reality TV series Wahlburgers in 2014 and Donnie Loves Jenny in 2015. Wahlberg was nominated for Primetime Emmy Awards for Outstanding Unstructured Reality Program for Wahlburgers in 2014 and 2015. He was also nominated for a Teen Choice Award in 2006 for Saw II and a People's Choice Award in 2017 for Favorite TV Crime Drama Actor. He executive produced the reality documentary "Boston's Finest" from 2014 to 2015. His most recent film to date is the 2011 comedy Zookeeper.

Donnie Wahlberg was charged with arson in 1991 after setting a fire at the Seelbach Hotel in Louisville, KY. NKOTB had been partying with fans when Wahlberg dumped vodka on a hallway carpet and proceeded to ignite it into flames. The charge was reduced to a misdemeanor and dismissed after Donnie agreed to appear in PSAs addressing fire safety and drunk driving.

Wahlberg was married to Kim Fey from 1999 – 2008 and married model/comedian Jenny McCarthy in 2014 and has two children. He co-owns the chain hamburger restaurant Wahlburgers which is featured in the show with his brothers Paul and Mark.