How much is Donna McKechnie Worth?

Donna McKechnie Net Worth: Donna McKechnie is an American actress who has a net worth of $250 thousand dollars. Born in 1942 in Pontiac, Michigan, Donna McKechnie was a ballerina before her sixth birthday. She moved to New York City before she turned 18, but was turned down by the American Ballet Theatre. She took work at Radio City Musical Hall before joining the Carousel Theatre in Massachusetts. McKechnie's first foray into on-screen acting came in TV commercials. She went on to land a part in "West Side Story" before making her Broadway debut in a 1961 production of "How to Succeed in Business Without Really Trying". McKechnie landed a handful of other stage parts before appearing on NBC's "Hullabaloo" as a dancer. She appeared on the soap opera "Dark Shadows" as Amanda Harris and Olivia Corey from 1969 until 1970. She returned to Broadway soon after, earning a 1976 Tony Award for Best Actress in a Musical for "A Chorus Line". She also won the Theatre World Special Award and the Drama Desk Award for Outstanding Actress in a Musical for the part. During the '80s, she appeared in "Annie Get Your Gun", "Can-Can", and "Sweet Charity", among others, and began choreographing for The Los Angeles Raiderettes after a diagnosis of arthritis. McKechnie continued to act despite her health concerns, appearing Off-Broadway in "Annie Warbucks, "You Never Know", "Cut the Ribbons", and "Showtune". 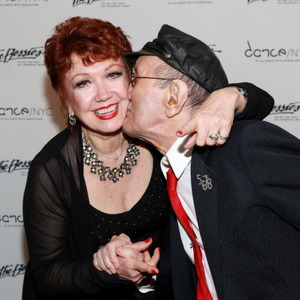