Donna Douglas net worth: Donna Douglas was an American actress who had a net worth of $500 thousand dollars at the time of her death. She is best known for playing the role of Elly May Clampett on The Beverly Hillbillies.

Early Life: Donna Douglas was born Doris Ione Smith on September 26, 1932 in Pride, Louisiana. The younger of two children, Donna was the sole daughter of Emmet Ratcliff Smith and Elma Robinson. She attended St. Gerard Catholic School and, as a member of the school's very first graduating class, played softball and basketball. Douglas was named "Miss Baton Rouge" and was subsequently named "Miss New Orleans" in 1957.

Early Career: She moved to New York City and started out as a model for toothpaste ads. She was featured on "The Perry Como Show" and "The Steve Allen Show." She was awarded the "Miss By-line" crown and wore it on The Ed Sullivan Show. She was featured in the films "Career," "Li'l Abner," and "Lover Come Back." Douglas appeared in the television shows "The Twilight Zone," "Checkmate," "The Adventures of Ozzie and Harriet," and "Adam 12." Douglas appeared in a 1958 episode of "The Phil Silvers Show," credited as Doris Bourgeois, her given name and her married name from her first marriage. Douglas made numerous appearances on TV throughout the late '50s and early '60s.

The Beverly Hillbillies: Douglas's big break came when she was cast as Elly May Clampett on The Beverly Hillbillies from 1962 to 1971. During its first two years, the show was #1 in the United States. Although Douglas had been acting throughout the '50s, she was still relatively unknown when she was selected out of 500 actresses for the role. During a hiatus from "The Beverly Hillbillies" in the summer of 1966, Douglas appeared in her first (and only) starring feature-film appearance when she was cast as Frankie in "Frankie and Johnny" opposite Elvis Presley. While the film was popular amongst audiences and did well at the box office, Douglas never advanced her big-screen career. In 1981, Douglas joined Nancy Kulp and Buddy Ebsen as the only original cast members to appear in the reunion movie "Return of the Beverly Hillbillies." Their co-star Irene Ryan had died in 1972, followed by the death of Raymond Bailey in 1980. Douglas went on to guest star on numerous other TV shows.

In 1993, Douglas, Ebsen, and Baer reunited on "The Jerry Springer Show," and then one last time in a CBS television special, "The Legend of The Beverly Hillbillies." In 2010, Mattel released a new collection of Barbies called The Classic TV Collection, which included a Barbie representation of Elly May Clampett. In a 2003 interview with "Confessions of a Pop Culture Addict", Douglas summed up her views on playing the role of Elly: "Elly May was like a slice out of my life. She is a wonderful little door opener for me because people love her, and they love the Hillbillies. Even to this day, it's shown every day somewhere. But, as with any abilities, she may open a door for you, but you have to have substance or integrity to advance you through that door." 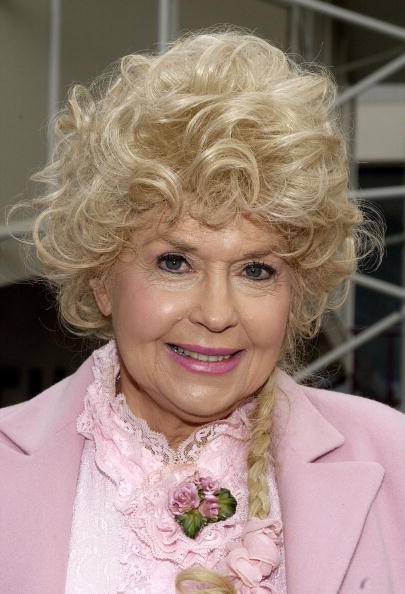 Life After The Beverly Hillbillies: After the show wrapped, Douglas received her real-estate license, a field in which she didn't remain in long due to her continuation in the show biz world. She became a gospel singer and was a speaker at churches, youth groups, schools, and colleges around the United States. Douglas also did charitable work for children around the American South. She recorded several gospel albums beginning in 1982. Douglas also recorded a few minor country music records during the 1970s and '80s. Douglas wrote and published a Christian children's book titled "Donna's Critters and Kids: Children's Stories with a Bible Touch," which included Bible stories featuring animals combined with a coloring book. In 2013, she published a cookbook called "Southern Favorites with a Taste of Hollywood." The book collected recipes of Southern cooking from her fellow show-business friends including Valerie Harper, Phyllis Diller, and Debbie Reynolds.

Lawsuits: In June 1993, Douglas filed a lawsuit against Disney, Whoopi Goldberg, Bette Midler, their production companies, and the Creative Artists Agency that claimed the film "Sister Act" was plagiarized from a book called "A Nun in the Closet." Douglas and her partner Curt Wilson from the Associated Artists Entertainment Inc claimed that they had developed a screenplay from the book. The lawsuit claimed that more than 100 similarities and plagiarisms existed between the movie and the book/screenplay owned by Douglas and Wilson. The lawsuit claimed that the developed screenplay had been submitted to Disney, Goldberg, and Midler three times during 1987 and 1988. Douglas and Wilson declined a one million dollar offer to settle the case in 1994, and the judge ruled in favor of Disney and the other defendants.

In May 2011, Douglas filed a lawsuit against Mattel for using her name and likeness without her permission for the Barbie doll based on her character for Elly May. She sought $75,000 in damages. The case was settled on December 27, 2011 and the details were confidential, but both sides claimed to be happy with the outcome.

Personal Life: Douglas's first husband was Roland Bourgeois Jr. They married in 1949 and they had one child. The couple divorced in 1954. She married Robert M. Leeds, her director on "The Beverly Hillbillies," in 1971. They divorced in 1980. Sadly, Douglas died at Baton Rouge General Hospital on January 1, 2015, from pancreatic cancer. She was 82 years old. 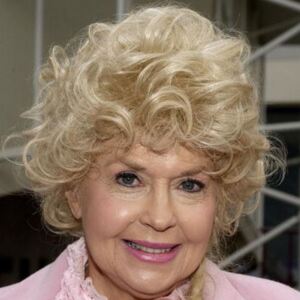