Donna Dixon net worth: Donna Dixon is an American actress who has a net worth of $5 million. Donna Dixon was born in Alexandria, Virginia in July 1957. Dixon was a model and she was named Miss Virginia USA in 1976 and Miss Washington DC World in 1977. From 1980 to 1982 she starred as Sonny Lumet in the television series Bosom Buddies.

In 1985 Dixon starred as Allison Harris in the TV series Berrenger's. She had recurring roles on the TV series The Love Boat in 1981 and Charmed Lives in 1986. She also starred in the movies Doctor Detroit, Twilight Zone: The Movie, Spies Like Us, The Couch Trip, Lucky Stiff, Cannonball Fever, It Had to Be You, Wayne's World, Exit to Eden, Nixon, and Da Sweet Blood of Jesus. Dixon also appeared in episodes of the TV series Who's the Boss?, Moonlighting, The Nanny, and Soul Man. Donna married Dan Aykroyd in 1983 and formerly dated Paul Stanley from KISS. 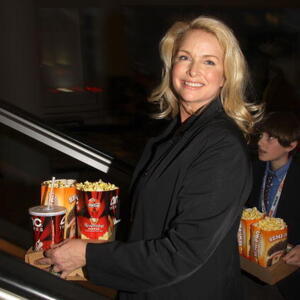