Donald Pleasence net worth: Donald Pleasence was an English actor who had a net worth of $10 million. Donald Pleasence was born in Worksop, Nottinghamshire, England in October 1919 and passed away in February 1995. He was best known for his starring roles as Dr. Sam Loomis in the Halloween film series, Ernst Stavro Blofeld in the James Bond film You Only Live Twice, and RAF Flight Lieutenant Colin Blythe in The Great Escape.

Pleasance was commissioned into the Royal Air Force and was shot down and taken prisoner as a German POW which helped him in his role in The Great Escape. Pleasance has over 200 acting credits to his name and starred in the movies The Beachcomber, Orders are Orders, Value for Money, 1984, A Tale of Two Cities, The Two-Headed Spy, The Battle of the Sexes, The Shakedown, Sons and Lovers, The Greatest Story Ever Told, Fantastic Voyage, Cul-de-sac, The Pied Piper, Escape to Witch Mountain, The Count of Monte Cristo, The Eagle Has Landed, Tomorrow Never Comes, Sgt. Pepper's Lonely Hearts Club Band, Dracula, Escape from New York, Arch of Triumph, Ten Little Indians, and Casablanca Express. Pleasance won a BAFTA Award and was nominated for a Primetime Emmy Award. Donald Pleasence passed away on February 2, 1995 at 75 years old from heart failure. 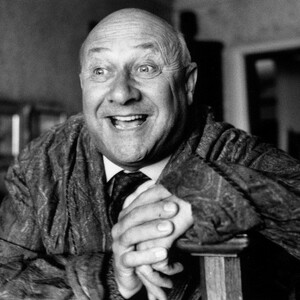