Donal Logue net worth: Donal Logue is a Canadian-Irish actor who has a net worth of $3 million. He is best known for his role on the television sitcom, Grounded for Life, and also for his recent work in films and on Law & Order: SVU. Logue has had notable roles in the popular films, The Tao of Steve, Sons of Anarchy, Vikings, and the detective series Terriers. He was born in Ottawa, Ontario, Canada to Irish parents; and was the only son in a family of four children. Logue lived most of his childhood in El Centro, California and after high school studied History at Harvard University. Aside from a few TV movies, his first film appearance was in 1992 in the film, Sneakers. In 1994, he guest starred on Northern Exposure, and also appeared in an episode of The X-Files. By the late 90s, Logue had more than 40 movie appearances to his credit, and his fame and acting career continues to grow today. Logue has homes in both Los Angeles and Oregon that he shares with his wife and two sons, and when he is not acting he is heavily involved in soccer; he also travels back and forth to Killarney, County Kerry, Ireland where his mother lives. Logue lives in the United States but holds both Irish and Canadian citizenship. 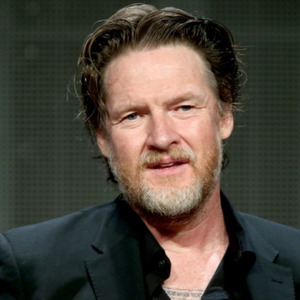