Don Swayze Net Worth: Don Swayze is an American Actor and a stuntman who has a net worth of $3 million. Don is the younger brother of Patrick Swayze, who died from cancer in 2009.

Donald Carl Swayze was born on August 10, 1958 in Houston, Texas to Patsy Yvonne Helen and Jesse Wayne Swayze. Though not as famous as his brother, Don has appeared in many featured films and TV series, most notably the currently running HBO produced "True Blood." In the series, he portrays a vampire named Gus. Other than the HBO series, Don also guest starred in many other TV series, namely, "Days of Our Lives," "X-Files," "NYPD Blue," "Murder She Wrote," "NCIS," and "Cold Case."

He also appeared in many movies as minor stuntman. His films and credits were given in such films as, "Heathens and Thieves," "Urban Cowboy," "Father for Charlie," and "Shy People." Despite his many years in the film business, Don Swayze starred in only a handful of movies, such as, "Alamo… Price of Freedom," and "Death Rings."

In 1995, Don Swayze made a 911 call for help after his parachute failed to open when he jumped from a 600-foot tall Navy tower in San Diego, fracturing his pelvis, leg and ankle. The call was made in the morning hour of 4:20 am. Taking advantage of the condemned tower, which will soon be demolished, Don Swayze climbed the fence and attempted a base-jump, which led to his injuries.

Don Swayze was married to actress Marcia Swayze for eight years and he is looking for true love on the "Millionaire Matchmaker" in 2013. Don is hoping to find his one true love on the hit TV reality show. He was quoted as saying he hopes to find a right woman to nurture his devoted love as he reflected on the life of his late brother, Patrick Swayze, who died from cancer in 2009. During the last moments of his life, Patrick's wife, Lisa Niemi, was there for him and consoled him throughout, recalled Don Swayze. 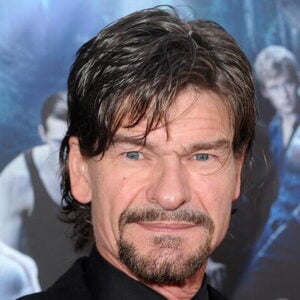