Don Pardo net worth and salary: Don Pardo was an American radio announcer and voice actor who had a net worth of $15 million dollars. Don Pardo was born in Westfield, Massachusetts on February 22, 1918. Pardo is probably best known for being the voice of Saturday Night Live, The Price is Right, Jeopardy, and NBC Nightly News.

He has been active in the industry since 1938 and began working in radio for WJAR-AM in Providence. He moved on to NBC in 1944 and became an announcer and didn't leave for sixty years. He announced on shows including Barrie Craig Confidential Investigator, X-1, and Dimension X. He was the official announcer for the Macy's Thanksgiving Day Parade until 1999 and was the first to recite John F. Kennedy's assassination. He is the original announcer for Saturday Night Live which began airing in 1975. He announced his retirement from NBC in 2004 and was inducted into the Rhode Island Hall of Fame in May 14, 2009. He began announcing for SNL again by pre-recording his parts for the 36th season. Don Pardo died on August 18th, 2014 at his home in Tuscan, Arizona. He was 96 years old. 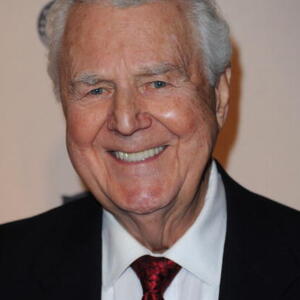