Don Murray net worth: Don Murray is an American actor who has a net worth of $3 million. He is best known for starring in several movies and TV shows starting with his breakout role in Bus Stop.

Don Murray was born in Hollywood, California in July 1929. He has been married twice including to Hope Lange and has five children, including Christopher Murray. Don Murray has 90 acting credits to his name during his six decade long career. From 1968 to 1979 he starred as Earl Corey on the television series The Outcasts. Murray starred as Sid Fairgate on the TV series Knots Landing from 1979 to 1982. He had recurring roles on the TV series A Brand New Life from 1989 to 1990 and Sons and Daughters in 1991. Don Murray also had a recurring role as Bushnell Mullins on the series Twin Peaks in 2017 after not appearing on screen since 2001. He has starred in several films including Bus Stop with Marilyn Monroe, A Hatful of Rain, Shake Hands with the Devil, One Foot in Hell, The Hoodlum Priest, Advise & Consent, Baby the Rain Must Fall, Conquest of the Planet of the Apes, Deadly Hero, Peggy Sue Got Married, and more. He received a star on the Hollywood Walk of Fame in 1960 and was nominated for an Academy Award for Best Actor in a Supporting Role in 1957 for Bus Stop. 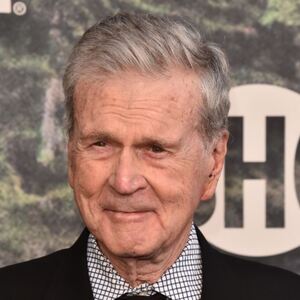