Early Life: Don Johnson was born Donnie Wayne Johnson on December 15, 1949, in Flat Creek, Missouri. He grew up in poverty in Wichita, Kansas, with mother, Nell (a beautician) and father Wayne (a farmer), and he has 3 siblings, Casey, Linda, and Greg, as well as a half-sister, Deanne. Don attended Wichita South High School, where he played Tony in a school production of "West Side Story." He graduated in 1967 and dropped out of college a year after enrolling as a theater major at the University of Kansas. Johnson then moved to San Francisco to study at the American Conservatory Theater.

Acting Career: In 1969, Johnson won the lead role in a Los Angeles production of "Fortune and Men's Eyes," which led to his big screen debut in 1970's "The Magic Garden of Stanley Sweetheart." He made his television debut the following year, guest-starring in an episode of NBC's "Serge," and he appeared in several films and TV shows in the 1970s, including "Zachariah" (1971), "Young Dr. Kildare" (1972), "A Boy and His Dog" (1975), and "Barnaby Jones" (1976). In 1976, Don's roommate, actor Sal Mineo, was tragically stabbed to death outside their apartment. Johnson got his big break in 1984, when he was cast as detective Sonny Crockett on "Miami Vice." The show aired 111 episodes over 5 seasons and earned 15 Emmy nominations in 1985; Don won a Golden Globe for the show in 1986. 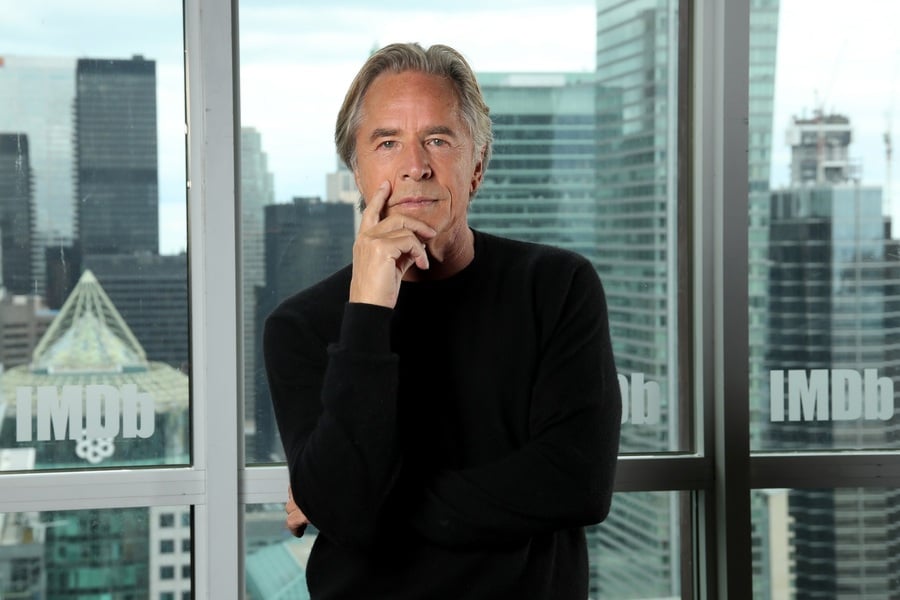 Personal Life:  Don has been married 5 times, and his first 2 marriages were quickly annulled. He was involved with groupie Pamela Des Barres in the early 1970s, and in 1972, he met Melanie Griffith on the set of "The Harrad Experiment" (which starred her mother, Tippi Hedren) and began living with her when she was 15. Don proposed to Melanie on her 18th birthday, and they were married on January 8, 1976. The couple divorced in November of that year, and Johnson went on to marry actress Patti D'Arbanville in 1981; they had a son, Jesse (born in December 1982), before divorcing in 1985. He dated Barbra Streisand from December 1987 until September 1988, then reconciled with Griffith and remarried her on June 26, 1989. The couple welcomed daughter Dakota Johnson on October 4, 1989, and they divorced again in 1996. Johnson was engaged to Jodi Lyn O'Keefe, his "Nash Bridges" co-star, from 1995 to 1996, and he married nursery school teacher Jacqueline Phleger (better known as Kelley) on April 29, 1999. Don and Kelley have a daughter and 2 sons: Atherton (born in December 1999), Jasper (born in June 2002), and Deacon (born in April 2006).

In 2010, Don sued Rysher Entertainment, the production company that produced "Nash Bridges," claiming that Rysher had not paid him the syndication profits he was owed as 50% owner of the show's copyright. In July of that year, a jury awarded Johnson $23.2 million; though Rysher initially said that they would appeal the verdict, they paid Don $19 million in 2013.

Awards and Honors: In 1976, the Academy of Science Fiction, Fantasy & Horror Films gave Johnson a Golden Scroll award for his performance in "A Boy and His Dog." "Miami Vice" earned him an Emmy nomination in 1985 and Golden Globe nominations in 1986 and 1987; the 1986 nomination resulted in a win for Best Performance by an Actor In A Television Series – Drama. Don also won a 1987 Bravo Otto Germany award for Best Male TV Star, a 1988 ShoWest Award for Male Star of the Year, and a 2004 TV Land Award for Favorite Fashion Plate – Male. In 1988, Don was named World Powerboat Champion at the APBA Offshore World Cup, and he received a star on the Hollywood Walk of Fame in 1996.

Real Estate: In 2006, it was rumored that Don was having trouble keeping up with the $10.6 million mortgage on his 17-acre Aspen Colorado ranch. In May 2008, a bank was reportedly 24 hours away from foreclosing on the property, but with just a few hours to go before the foreclosure officially began, Johnson paid off $14.5 million worth of debt to the bank, saving his property.

In 2013, Don and Kelley paid $12.5 million for a Montecito farmhouse and put it on the market for $14.9 million in 2014 after they found a different property with enough room for their horses. 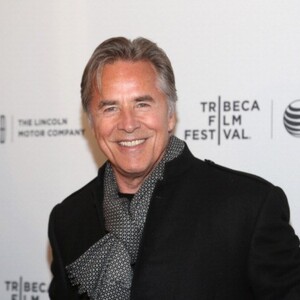