Don Diamont net worth: Don Diamont is an American actor who has a net worth of $4 million. Don Diamont was born in New York, New York in December 1962. Don was a successful model before acting. His first role came as Carlo Forenza in the soap opera Days of Our Lives in 1984.

Diamont's film debut came in Unbecoming Age in 1992. He had a recurring role as Gavin on the TV series Baywatch in 1998. His best known roles came on soap operas. Diamont starred as Brad Carlton in over 1,000 episodes of The Young and the Restless from 1985 to 2009. Since 2009 he has starred as Bill Spencer in the series The Bold and the Beautiful. Don is a spokesperson for Morris home Furnishings in Dayton, Ohio. He was voted #1 on the Sexiest Soap Hunks of All Time in 2006. He has been a cover model for Playgirl magazine in 1988 and 1995 and was named Sexiest Veteran Soap Actor by People Magazine in 2009. He was also the first daytime actor to be named one of the 50 most beautiful people in the world by People Magazine. Don's son Zander is the quarterback at Indiana University. In November 2014 a photo of Zander with a cigar in his mouth went viral on the Internet. 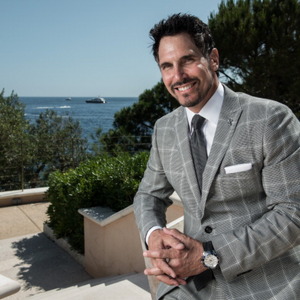