What is Don Cheadle's Net Worth and Salary?

Don Cheadle is an American actor who has a net worth of $40 million. Don Cheadle is best known for his performances in such films as "Boogie Nights," "Traffic," "Crash," and the "Ocean's" trilogy. He earned an Academy Award nomination for his role in 2004's "Hotel Rwanda," and later gained global recognition for playing James Rhodes in a number of Marvel superhero films. On television, Cheadle has won acclaim for his performances in the Showtime series "House of Lies" and "Black Monday."

Don Cheadle was born in 1964 in Kansas City, Missouri to clinical psychologist Donald Sr. and teacher Bettye. He has two siblings, Colin and Cindy. Cheadle's family moved frequently throughout his childhood. In Lincoln, Nebraska, he attended Hartley Elementary School, and later went to East High School in Denver, Colorado. At the latter, he played saxophone in the school jazz band, sang in the choir, and acted in plays and musicals. For his higher education, Cheadle attended the California Institute of the Arts, graduating with a BFA in theater in 1986.

In the mid-80s, Cheadle became eligible for his Screen Actors Guild card after he appeared in the comedy film "Moving Violations." Over the subsequent years, he was in the war film "Hamburger Hill" and the crime film "Colors," and appeared on such television shows as "Fame," "L.A. Law," "Sidekicks," "Hill Street Blues," and "Night Court." 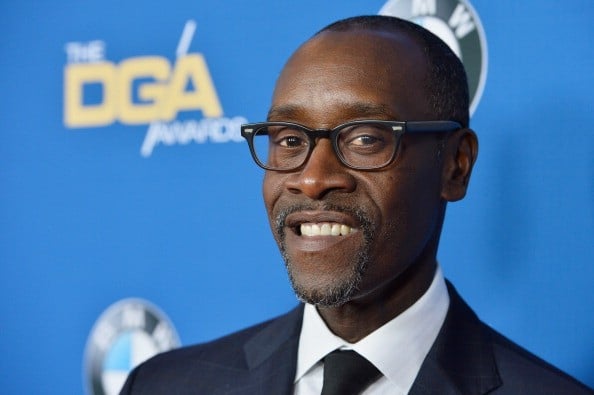 Following his roles in "Roadside Prophets," "The Meteor Man," and "Things to Do in Denver When You're Dead," Cheadle received widespread recognition for his performance as Mouse Alexander in the 1995 thriller "Devil in a Blue Dress." For his work, he won Best Supporting Actor awards from the National Society of Film Critics and the Los Angeles Film Critics Association. In 1997, Cheadle starred in the disaster film "Volcano" and the historical drama "Rosewood," and was part of the large ensemble cast of Paul Thomas Anderson's period film "Boogie Nights." More prominent roles came the following year, including parts in Warren Beatty's political satire "Bulworth" and Steven Soderbergh's crime comedy "Out of Sight." Cheadle re-teamed with Soderbergh in 2000 for the epic Oscar-winning crime drama "Traffic," and then again for the 2001 remake of "Ocean's Eleven" and its two sequels. Among Cheadle's other credits during this time were "Mission to Mars," "The Family Man," "Rush Hour 2," "Manic," "Swordfish," and "The United States of Leland."

Cheadle had one of his best movie years in 2004. In addition to appearing in "After the Sunset" and "The Assassination of Richard Nixon," he starred in the critically acclaimed "Hotel Rwanda" as Paul Rusesabagina, a real-life politician and humanitarian who housed refugees in his hotel during the Rwandan genocide. For his performance, Cheadle was nominated for an Academy Award for Best Actor. More awards success followed in 2005, when Cheadle was part of the ensemble cast of the Best Picture Oscar winner "Crash." Among his subsequent credits were "The Dog Problem"; the Adam Sandler drama "Reign Over Me"; the biopic "Talk to Me," costarring Chiwetel Ejiofor and Taraji P. Henson; the documentary "Darfur Now"; the spy thriller "Traitor"; and the family film "Hotel for Dogs."

In 2010, Cheadle made his debut in the Marvel Cinematic Universe when he took over the role of James Rhodes, also known as War Machine, in "Iron Man 2." Throughout the rest of the decade, he reprised the role in "Iron Man 3," "Avengers: Age of Ultron," "Captain America: Civil War," "Avengers: Infinity War," and "Avengers: Endgame." Also during the decade, he starred in such films as "Brooklyn's Finest," with Richard Gere and Ethan Hawke; the Irish cop comedy "The Guard," costarring Brendan Gleeson; the Denzel Washington drama "Flight"; and the biopic "Miles Ahead," in which he played musician Miles Davis.

On television in the early 90s, Cheadle was in episodes of "China Beach," "The Fresh Prince of Bel-Air," and "Hangin' with Mr. Cooper." He had a supporting role on the "Golden Girls" spinoff series "The Golden Palace," and had a main role as D.A. John Littleton on three seasons of "Picket Fences." In 1996, he starred in the HBO television film "Rebound: The Legend of Earl 'The Goat' Manigault." Following this, Cheadle earned Emmy Award nominations for his performances in two other television movies: "The Rat Pack" and "A Lesson Before Dying." The next decade, more Emmy nominations came for the Showtime movie "Things Behind the Sun" and the medical series "ER," on which Cheadle had a guest role.

In 2012, Cheadle began one of his most acclaimed television performances on the comedy series "House of Lies," which earned him a Golden Globe Award and four consecutive Emmy nominations. Later, in 2019, he won more plaudits for his starring role on the series "Black Monday," about the events leading up to the 1987 stock market crash. In 2021, it was announced that Cheadle would join the cast of the ABC remake of "The Wonder Years."

Deeply involved in activism, Cheadle has campaigned to end the genocide in Darfur, Sudan, and co-founded the humanitarian aid organization Not On Our Watch Project. Additionally, he has worked with the United Nations to address climate change concerns, and is on the Advisory Board of Citizens' Climate Lobby. In 2010, he was named a UN Environment Program Goodwill Ambassador. 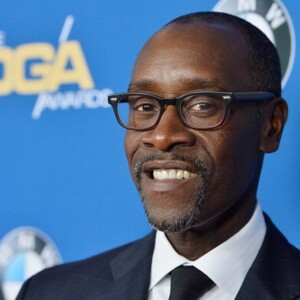