What is Dominic West's Net Worth?

Dominic West is an English actor who has a net worth of $20 million. Dominic West is best known for his roles on the television series "The Wire," "The Affair," and "The Crown." On the big screen, he has appeared in such films as "Chicago," "300," "Pride," "The Square," and "Colette." Among West's other credits are the television films "Appropriate Adult" and "Burton & Taylor," and the Sky One series "Brassic."

Dominic West was born on October 15, 1969 in Sheffield, Yorkshire, England. He is the sixth of seven siblings of Thomas, who owned a plastics factory, and Pauline, who was an actress. West is of Irish descent. As a young adult, he went to Eton College; after graduating, he took a gap year during which he spent four months herding cattle in Argentina. Subsequently, West enrolled at Trinity College Dublin, where he studied English literature. He then attended the Guildhall School of Music and Drama in London, graduating in 1995.

The same year he graduated from Guildhall, West made his feature film debut portraying Henry, Earl of Richmond in "Richard III." The following year, he was in "True Blue," "E=mc2," and "Surviving Picasso." West's other credits in the 90s include "The Gambler"; the romantic comedy "Diana & Me"; the musical comedy "Spice World"; the Shakespeare adaptation "A Midsummer Night's Dream," in which he played Lysander; and the science-fiction prequel "Star Wars: Episode I – The Phantom Menace," in which he played Jerus Jannick.

West began the 2000s with roles in "28 Days," "Rock Star," "Ten Minutes Older," and the Oscar Best Picture-winning musical "Chicago." He was subsequently in "Mona Lisa Smile," the horror thriller "The Forgotten," and the action film "300," in which he played Spartan politician Theron. West closed out the decade with roles in "Hannibal Rising" and "Punisher: War Zone." In 2010, he starred in "Centurion" and "From Time to Time," and lent his voice to the satirical puppet film "Jackboots on Whitehall." The next year, he was in "Johnny English Reborn" and "The Awakening," and lent his voice to the animated film "Arthur Christmas." Following his part in the science-fiction fantasy "John Carter," West had some of his most memorable roles between 2014 and 2018. During this time, he played a gay activist in "Pride"; Ernest Hemingway in "Genius"; a holding company CEO in "Money Monster"; and French writer Henry Gauthier-Villars in "Colette." West's other notable credits have included "Testament of Youth," "The Square," and the 2018 adaptation of "Tomb Raider." 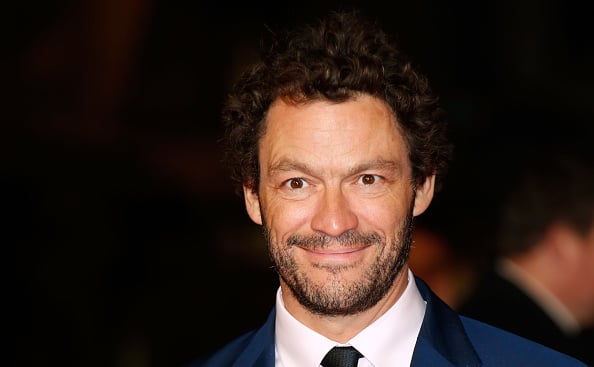 In 1998, West made his television debut with a leading role in the six-part BBC medical drama series "Out of Hours." He followed this with roles in a 1999 television film adaptation of "A Christmas Carol" and in the 2001 television film "The Life and Adventures of Nicholas Nickleby," based on the Charles Dickens novel. West landed his biggest television role yet in 2002, when he began starring on the critically acclaimed crime drama "The Wire" as American police detective Jimmy McNulty. While on the show, West also made his debut as a director by directing the 2008 episode "Took." Subsequently, he portrayed Oliver Cromwell in the four-part series "The Devil's Whore." West gave one of his most praised performances from 2011 to 2012, when he played Hector Madden on the BBC period drama "The Hour." For his work, he received a Golden Globe nomination. During the same time, he earned plaudits for his portrayal of serial killer Fred West on the ITV two-part series "Appropriate Adult."

More praise came West's way in 2013, for his portrayal of actor Richard Burton in the biographical television film "Burton & Taylor." The next year, he began another major role on the Showtime drama series "The Affair," playing the main role of Noah Solloway opposite Maura Tierney and Ruth Wilson. The show, which ran for five seasons through 2019, earned West his second Golden Globe nomination. Among West's other credits are a BBC adaptation of "Les Misérables"; the Sky One series "Brassic"; the Australian limited series "Stateless"; and the Netflix series "The Crown," on which he portrayed Prince Charles in the show's final two seasons.

Beyond film and television, West has appeared on stage in many plays. In 2006, he was in a production of Harley Granville Baker's "The Voysey Inheritance" at the Royal National Theatre. A few years later, he starred in the leading role in a production of Pedro Calderon de la Barca's existential play "Life is a Dream." Subsequently, West landed the titular role in the classic Simon Gray comedy "Butley," and played Iago in a production of "Othello" at the Crucible Theatre in Sheffield. Among his other credits are Jez Butterworth's "The River"; a production of the Lerner and Loewe musical "My Fair Lady"; and a revival of Christopher Hampton's version of "Les Liaisons Dangereuses."

Dominic has a daughter with a former girlfriend named Polly Astor (daughter of British politician Michael Astor). At some point after that relationship ended, Dominic began dating a woman named Catherine FitzGerald, whom he met and previously dated while they were both studying at Trinity College Dublin. Dominic and Catherine married in 2010. They have four children together.

Catherine comes from an aristocratic family, the FitzGerald dynasty. Her late father Desmond FitzGerald was the 29th Knight of Glin and the family has owned Glin Castle in County Limerick for over 700 years. Unfortunately the knighthood of Glin became extinct upon her father's passing in 2011 since he had only daughters.

In 2015, Catherine, her mother and her sisters decided to place Glin Castle up for auction with a starting bid of $8 million. They did not land an acceptable offer and instead decided to keep the castle within the family. Today Dominic and Catherine reside in the castle as the primary family home in Ireland. They also own a home in Shepherd's Bush, London. 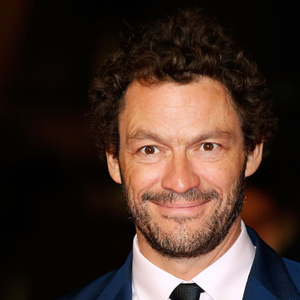