What Is Dominic Purcell's net worth and salary?

Dominic Purcell is a British-Australian actor who has a net worth of $4 million. Dominic Purcell is probably most famous for playing the character of Lincoln Burrows on Prison Break, an American television serial drama that aired on the Fox network for four seasons, from 2005 until 2009.

Dominic Purcell was born on February 17, 1970 in Merseyside, England, UK, the son of Phil Myrtvedt and Mary "T." Maureen Purcell. His family moved to Sydney's Bondi when he was only two. Dominic is of both Irish and Norwegian descent. He attended Blaxland East Public School, St Dominic's College, Penrith and McCarthy Catholic College.

One of his first professions was as a landscape gardener. He got inspired to become an actor after watching the 1986 war movie "Platoon." He later joined the Australian Theatre for Young People and then studied with Hugh Jackman at the Western Australian Academy of Performing Arts. He landed his first TV series role in 1997 on "Raw FM." He later landed a part in Mission: Impossible II in 2000, which was filmed in Australia. After that role, he became a TV star after he was spotted by a U.S. talent agent. Purcell landed the role of "Drake / Dracula" in 2004's "Trinity." He starred as Lincoln Burrows on Fox's "Prison Break" from 2005 to 2009, and reprised his role in 2017. Purcell starred as Mick Rory / Heat Wave" in the CW's "The Flash" from 2014 to 2016. Beginning in 2016, he began appearing in "Legends of Tomorrow" as Mick Rory / Heat Wave. At the time of his writing, he is still in that role. In 2021, he appeared in the German horror film "Blood Red Sky." Purcell has also starred as a producer for "Three Way, "Balibo," "I Choose," "Isolation," "Untitled Sunny Garcia Documentary," and "Prison Break." 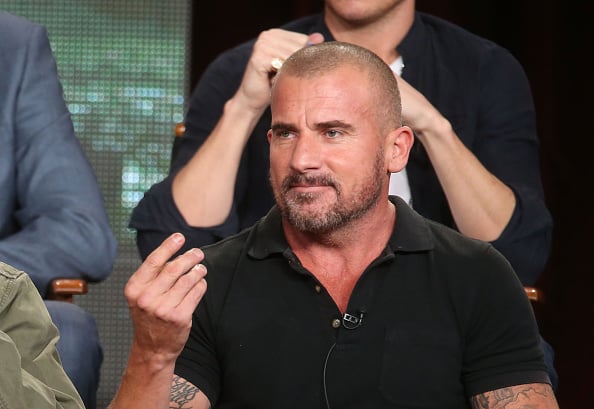 Dominic also starred as John Doe in the Blade: Trinity. Some of his other film credits include Equilibrium, Killer Elite, John Doe, Strut, and Straw Dogs. His role as Lincoln Burrows on Prison Break was featured in the 2010 video game, Prison Break: The Conspiracy. On television he has made guest appearances on House, The Lost World, John Doe and Castle.

Purcell's parents and siblings all reside now in Dundalk, Ireland. He visits twice a year to see the family. In 2007, when he was visiting for Christmas, Dom and his brother saved the life of a 16-month-old child who was choking at a restaurant they were dining in, with Dom slapping the child's back to dislodge an onion ring and his brother Damian giving him CPR. Dom and Damian still keeps in touch with the child and his family to this day. Dominic holds triple citizenship: British, Irish, and Australian. He is British by virtue of being born in the UK before the country abolished unconditional birthright citizenship in 1983. He has Irish citizenship automatically through his Irish mother. 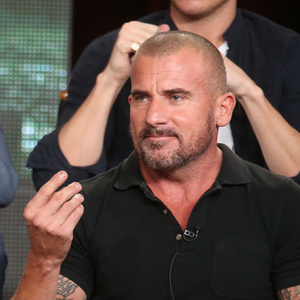