How much is Domenick Lombardozzi Worth?

Domenick Lombardozzi Net Worth: Domenick Lombardozzi is an American actor who has a net worth of $1 million. Born in The Bronx, New York, in 1976, Domenick Lombardozzi's acting career began in the early '90s with an appearance as Nicky Zero in the film "A Bronx Tale". He has since appeared in dozens of films and TV shows, with his best-known roles coming as Thomas "Herc" Hauk on the hit HBO series "The Wire" and as Dom on "Entourage". Lombardozzi is also remembered for his parts as Ray Zancanelli on "Breakout Kings" and Ralph Capone on "Boardwalk Empire". Lombardozzi's early roles included parts in "Kiss Me, Guido", "Side Streets", "Law & Order", "For Love of the Game", "The Young Girl and the Monsoon", "Oz", "NYPD Blue", "Third Watch", "Phone Booth", "S.W.A.T.", "61*", and "Just One Time". As of late, he has appeared in "God's Pocket" in 2014, "The Family" in 2013, "Chicago Fire" in 2013, "Breakout Kings" in 2012, "How Do You Know", in 2010, "Public Enemies" in 2009, and "Miami Vice" in 2006. Lombardozzi's other credits include "The Yards", "Third Watch", "Kate & Leopold", "Find Me Guilty", "Law & Order: Trial by Jury", "Carlito's Way: Rise to Power", "Law & Order: Criminal Intent", and "Sympathetic Details". 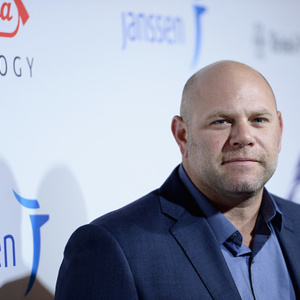