Dolph Lundgren Net Worth and Salary: Dolph Lundgren is a Swedish actor, director, and martial artist who has a net worth of $18 million. Dolph Lundgren rose to prominence in the 80s and 90s, becoming one of the world's most famous action stars. Lundgren emerged as a versatile actor who was able to play the role of hero or villain with equal ease.

Although his heyday was certainly in the 80s, he still appears in various television and film projects in the modern era. A multi-talented individual, Lundgren is a chemical engineer who holds a master's degree in chemical engineering. He is also an experienced martial artist with a fourth dan black belt in karate. Today, Dolph Lundgren is one of the most recognizable faces in Hollywood.

Early Life: Dolph Lundgren's real name is Hans Lundgren, and he was born on November 3rd of 1957 in Spånga, Sweden. Born to parents with backgrounds in education, economics, and engineering, Hans was raised alongside two sisters in a Lutheran household. He quickly adopted the name "Dolph," which is short for "Rudolph." Lundgren has admitted that his father was verbally and physically abusive to him, and that this ill-treatment inspired him to excel in martial arts.

He also dedicated himself to his studies, graduating from high school with straight A's. On his father's advice, he then moved to the United States to pursue increased opportunities. After winning scholarships to various colleges, Hans studied chemical engineering at Washington State University and Clemson University.

However, Dolph was forced to return to Sweden to complete his mandatory year of military service. Once finished, he continued his chemical engineering education at the Royal Institute of Technology in Stockholm, graduating with a degree. During this time, Lundgren spent much of his free time honing his karate skills, eventually achieving his second dan blackbelt in 1978.

Karate became a major focus for Lundgren in the late 70s and early 80s, and he captained the Swedish karate team during the 1979 World Open Tournament. Lundgren won the European Karate Championships in 1980 and 1981 before winning an Australian karate heavyweight tournament in 1982. That year, he attended the University of Sydney and earned his master's degree in chemical engineering.

On the verge of attending MIT to complete his Ph.D., Lundgren formed a relationship with singer and model Grace Jones, who hired him as her bodyguard. As the relationship became more serious, Lundgren moved with her to New York City, where he started taking acting classes. While Lundgren eventually made it to MIT, he soon quit after numerous people told him to pursue a full-time career in acting.

Career: Lundgren's first role was in the James Bond film A View to Kill, and he played a KGB henchman named Venz. The experience was a positive one for Lundgren, who decided to quit chemical engineering and wholeheartedly pursue an acting career. Although he had no formal training, Lundgren reached out to Sylvester Stallone through a mutual contact, and he eventually found himself cast as the legendary villain Ivan Drago in Rocky IV. Lines like "I must break you" made him an overnight sensation in Hollywood.

Although Lundgren was off to a flying start, his next few films (Masters of the Universe, The Punisher, and Red Scorpion) would prove to be critical and commercial flops. However, I Come in Peace fared better and exhibited Lundgren's range and potential. Further progress came with Cover Up and Showdown in Little Tokyo, the latter of which earned Lundgren significant praise from critics. 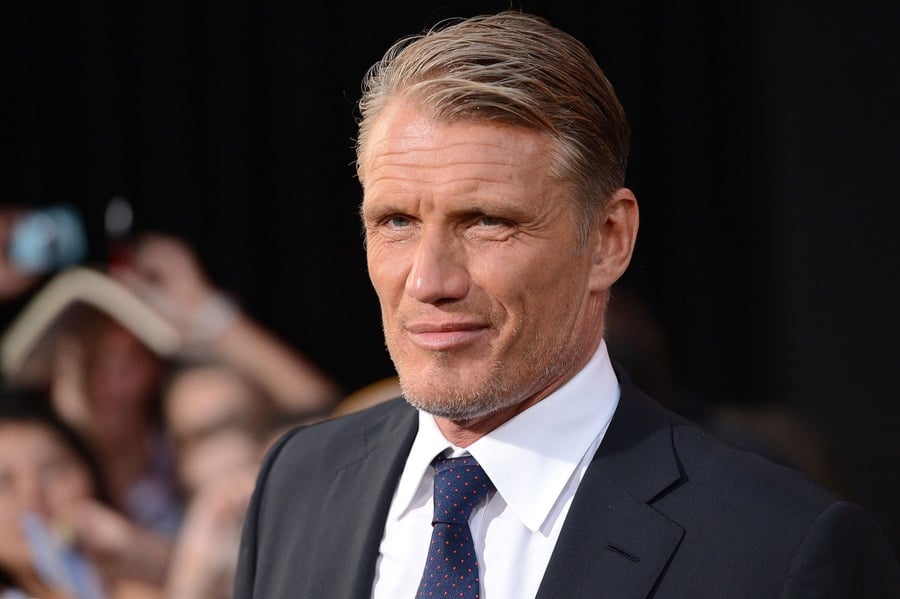 A true leap forward occurred for Lundgren in 1992 when he starred in Universal Soldier alongside Jean-Claude Van Damme. The film fared fairly well domestically, but it proved to be a major blockbuster on an international scale with $102 million in box office earnings on a $23 million budget. Lundgren followed up with films like Joshua Tree and Pentathlon before receiving praise for his performance in 1994's Men of War. His somewhat unexpected role in 1995's ill-fated Johnny Mnemonic proved to be Lundgren's last major appearance in a theatrical release for 15 years.

During the next decade and a half, Lundgren was involved in an astounding number of straight-to-video films. At times, he acted as a producer or a director. Ultimately, this decision hurt Lundgren's career, as most of the films were extremely ill-received by critics. He returned to theaters with Icarus, a Canadian-produced action film that had a limited release in the United States.

Lundgren returned to theaters in true form when he booked a role in 2010's The Expendables. The film received mixed reviews but performed extremely well at the box office. Once again, Lundgren went back to straight-to-DVD films that were ultimately unsuccessful. However, The Expendables was the beginning of a quasi-revival for the veteran actor, and in 2018 he starred in Creed II, a sequel in the Rocky franchise. That year, he also joined the DC Extended Universe, playing Nereus the underwater king in Aquaman.

Real Estate: In 2018, Dolph Lundgren purchased a modern home in Hollywood Hills for $3.9 million. The property was built in 2009, and somehow the architects managed to pack 5,230 square feet of living space into a lot that was only 5,091 square feet.

Concrete construction blends with open-concept interior design to create a truly mesmerizing living space. A small but tasteful pool ensures this property ticks all the right boxes for a superstar like Lundgren. In 2020, Dolph Lundgren decided to cash in on his real estate investment, and he listed this Hollywood Hills mansion for $4.5 million. 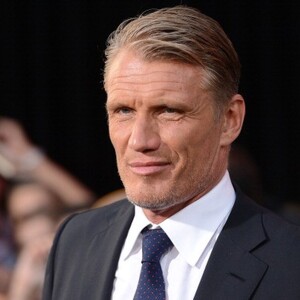