How much is Dolores O'Riordan Worth?

Dolores O'Riordan net worth: Dolores O'Riordan was an Irish musician and songwriter who had a net worth of $25 million dollars at the time of her death in 2018. Dolores O'Riordan led the rock band, The Cranberries, to worldwide success for thirteen years before the band took a break in 2003. Her first solo album, "Are You Listening?" was released in May of 2007 and was followed by "No Baggage" in 2009. In 2013, she started work as a judge on The Voice of Ireland at the suggestion of her son. She was born on September 6, 1971 and was raised in the Ballybricken area of County Limerick. She was brought up in a Roman Catholic family and was the youngest of seven children. In 1990, O'Riordan auditioned to be the lead singer of the band, The Cranberry Saw Us, which was later changed to The Cranberries. The band released five albums from 1992-2001, and a greatest-hits compilation in 2002. They took a break in 2003, but were reunited in 2009 while O'Riordan was promoting her solo album. The band went on a world tour, starting in North America and continuing in South America, and Europe. In June of 2010, The Cranberries performed at the Special Olympics opening ceremony at Thomand Park in Limerick, this was the first time the band had performed in their native city in over 15 years. On July 18, 1994 O'Riordan married Don Burton, the former tour manager of Duran Duran. The couple had three children and lived on a 150-acre stud farm called Riversfield Stud for six years before selling it in 2004 and splitting their time between homes in Dublin and a log cabin located in Buckhorn, Ontario, Canada. Unfortunately Dolores died on Monday January 15, 2018 at the age of 46. 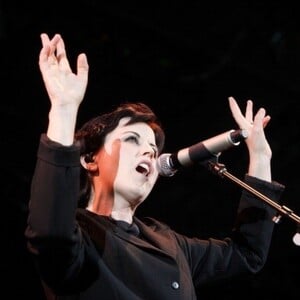